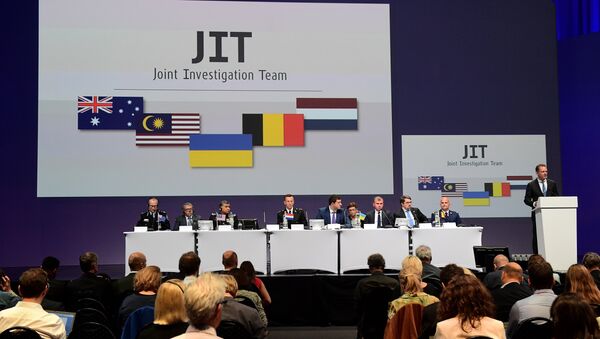 Belgian Foreign Minister Didier Reynders welcomed Wednesday the publication of an interim report on the flight MH17 crash in Ukraine two years ago, according to a ministerial statement.

MH17 Crash Probe's Data Based on Internet, Ukraine's Intel - Russian MoD
MOSCOW (Sputnik) — The report on interim results of a criminal investigation by the Joint Investigation Team (JIT) of the Netherlands, Belgium, Australian, Malaysia and Ukraine claimed the missile that shot the Malaysian airliner from the sky had been launched from a militia-held territory.

"Deputy Prime Minister and Minister of Foreign Affairs Didier Reynders welcomes the results of the independent investigation," the statement read. "The countries involved in the JIT are making progress on an effective way of prosecuting those responsible."

The crash killed all 298 people on board, many of them Dutch, Belgian or Australian. The Belgian Foreign Ministry pledged that Belgium would continue its efforts to have all facts revealed and to ensure that justice is done for the victims and their families.