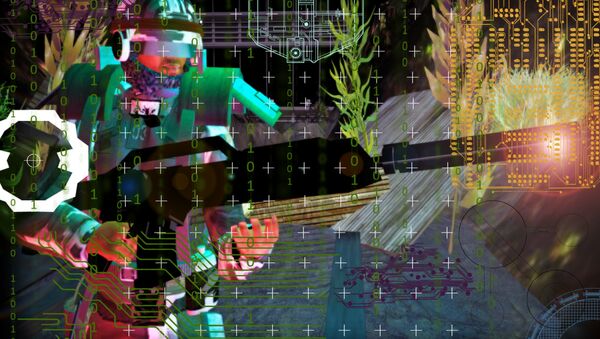 With the Russian military well ahead of the US in electronic warfare (EW) capabilities, BAE Systems has been awarded a contract from the Pentagon to help close the gap.

The US military has expressed concern over Russia’s EW capabilities for several years. Earlier this month, Army Secretary Eric Fanning said that "the combination of unmanned aerial systems and offensive cyber and advanced electronic warfare capabilities…provide Russian forces a new degree of sophistication," according to Defense One.

Now the Pentagon’s Defense Advanced Research Projects Agency (DARPA) plans to tackle the problem. On Tuesday, the agency awarded BAE Systems a contract to develop a handheld system to detect electro-magnetic interference on the battlefield.

The device is designed for use by soldiers and marines.

A statement from the company says that the new device "can quickly detect and identify multiple interfering signals, such as jammers or enemy communication signals, across a wide spectrum and in changing and challenging environments."

Previously, enemy signals had to be identified prior to troops’ arrival on the battlefield. New signaling protocols could take months to decode.

"In Vietnam we learned what an SA-2 [surface-to-air missile] radar signal started looking like," Joshua Niedzwiecki, director of the Sensor Processing and Exploitation group at BAE Systems, told Popular Science.

"The paradigm then was we saw a new signal in an environment and got a lot of experts and put them in a room in a laboratory and had them start to dissect what those characteristics were, in order to build a prescription for a solution, what’s that antidote," said Niedzwiecki. "That process took months."

The new system relies on artificial intelligence techniques and machine learning to work in real time.

"If I’m a tactical soldier, maybe I’m trying to detect and locate certain enemy signals or understand where and how the enemy is communicating in that tactical battlespace," said Niedzwiecki.

The Pentagon’s concern with the EW gap is largely explained by its focus on the Middle East in the wake of the Cold War.

"My guess is," said Steven Pifer, former US Ambassador to Ukraine, "that after 15 years of doing largely counter-insurgency operations in the Middle East, the Army is now taking a look at how it would do large force-on-force conflict in a place like Europe."