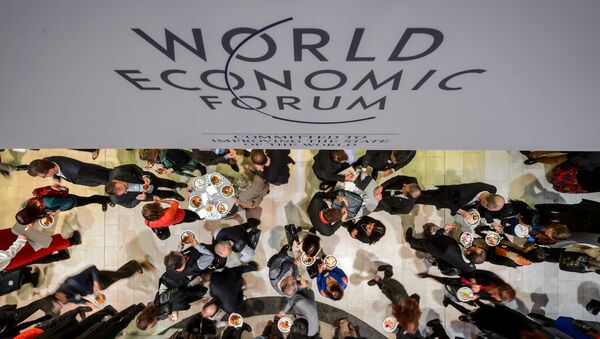 Switzerland, Singapore and the United States are atop of the Global Competitiveness Index (GCI), a report of the World Economic Forum (WEF) revealed on Wednesday.

MOSCOW (Sputnik) — According to the report, Germany and the Netherlands are also on the list of the top five most competitive economies. However, the two nations have switched their positions in comparison with the previous report.

World Economic Forum Says Japan Agreed to Host WEF Special Meeting in 2016
"For the eighth consecutive year, Switzerland tops the GCI, achieving an even higher score than in previous years… Singapore ranks 2nd for the sixth year in a row thanks to a remarkably strong performance. It features in the top 10 of ten pillars… The United States remains stable overall in 3rd position, showing improvement in areas including macroeconomic stability, the result of a declining budget deficit," WEF said in its Global Competitiveness Report for 2016–2017.

Since 1979, WEF experts have issued annual global competitiveness reports based on metrics of economic growth, cultural development and the so-called Global Competitiveness Index, taking into account information gathered from about 140 countries.