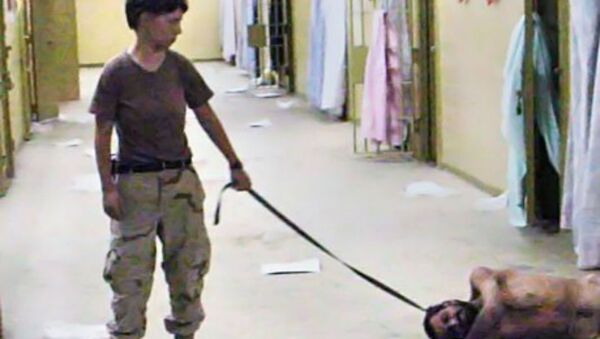 As Congress attempts to override a presidential veto of legislation that would allow US citizens to sue foreign governments over terror attacks, an organization representing Iraqis killed or wounded by the US military is threatening to sue the American government for war crimes.

Did the US Govt Destroy ‘Torture Chamber’ That Held Alleged 9/11 Plotters?
The Iraqi National Project has stated that the Justice Against Sponsors of Terrorism Act, which would allow 9/11 victims and families to sue Saudi Arabia over the nation’s role in the attacks, has opened a pathway for lawsuits against foreign governments.

The White House claims that the bill was vetoed because it would open the floodgates for other nations and organizations to sue the US, which is exactly what the Iraqi group wants to do.

“In light of the majority vote by the US Congress and Senate in support of the 9/11 bill removing the sovereign immunity rights of Saudi Arabia and other countries accused of being implicated in terrorism—and in spite of President Obama’s veto on September 23rd 2016—we hereby declare that if this bill is actually passed and becomes a law, then it constitutes a window of opportunity for millions of Iraqis who have lost their sons and daughters in military operations by US military forces and US contracted forces since the US invasion in 2003 to pursue compensation from the US government for what they have endured,” a letter published by the Iraqi National Project states, according to the Washington Free Beacon.

They cited US bombings of civilians and the well-documented torture that took place in Abu Ghraib.

“These US operations included bombings of civilians, arrests, torture [like in Abu Ghraib prison], and in numerous camps set up by the US forces across Iraq,” the letter continues. “There are also tens of thousands of maimed and handicapped Iraqis as a result of this injustice.”

The group also asserts that all of those horrors were based on faulty US intelligence.

“The majority of the injustices were based on very sketchy information and very discriminatory methods with numerous omissions from US officials and ex-officials,” the letter reads. “Once the 9/11 bill becomes law, we will endeavor and assist on a strong effort towards the formation of special committees seated by top Iraqi lawyers and judges along with numerous international legal advisers.”

US Senate to Consider Overriding Obama’s 9/11 Act Veto on Wednesday
The Saudi government has repeatedly denied any involvement in the 2001 attacks which left nearly 3,000 people dead, but many have long suspected that the hijackers of four planes that crashed into targets in New York, Washington DC and rural Pennsylvania were backed by Riyadh.

The bill, which may become subject to the first presidential veto override during Obama’s term in office, has left many lawmakers in a tough spot, as they want to see justice for the victims of terror attacks, but are concerned with the precedent it sets.

"I worry about legal matters. I worry about trial lawyers trying to get rich off of this. And I do worry about the precedence. At the same time, these victims do need to have their day in court," House Speaker Paul Ryan told reporters.

A veto override requires two thirds of lawmakers to vote in favor of it, in both the Senate and House of Representatives.

Even key Democrats have said they will stand by the bill, despite the president's objections, including Nancy Pelosi.

"I’ve worked with these families for a very long time, and I think they should have their day in court," House Democratic Leader Nancy Pelosi told reporters last week.