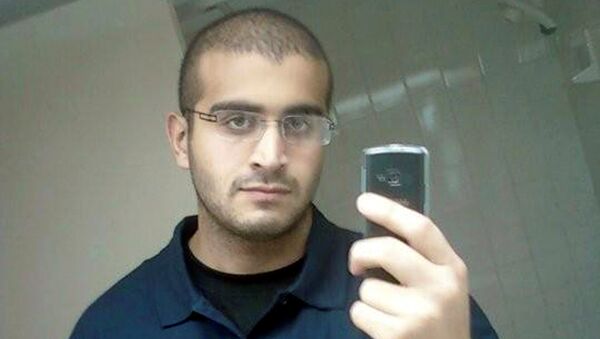 Omar Mateen, the US citizen who massacred 49 persons at a nightclub in Orlando, Florida in June, told police negotiators the night of the shooting that he was retaliating for the killing of a senior commander in the Daesh terrorist group, according to newly released transcripts.

In Memoriam of Orlando Letelier: How the US Helped to Kill Pinochet Rival
WASHINGTON (Sputnik) — The remarks were from one of several transcripts, which included an initial 911 call by Mateen, and several conversations with police negotiators while the massacre was underway.

"The airstrike that killed Abu Wahib a few weeks ago, that’s what triggered it, okay?" Mateen told police in one conversation.

Wahib was killed in a May 2016 airstrike by the US-led coalition on Daesh targets in Iraq.

"They [United States] should have not bombed and killed… Wahid," Mateen said.

According to partial transcripts released earlier, Mateen had repeatedly pledged allegiance to Daesh.

Mateen was killed in a final shootout with police on June 12 after killing 49 patrons and staff in the Pulse nightclub in Orlando and wounding 53.