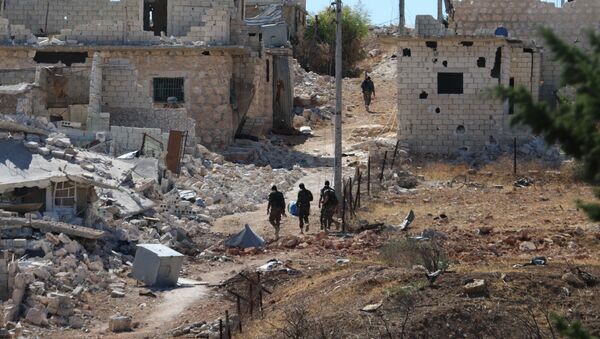 According to the White House spokesperson, Barack Obama is reviewing all available options for the US response to the situation in the Syrian city of Aleppo.

EXCLUSIVE VIDEO: Life Returns to Areas of Aleppo Liberated by Syrian Army
WASHINGTON (Sputnik) — US President Barack Obama is reviewing all available options for the US response to the situation in the Syrian city of Aleppo, White House spokesperson Josh Earnest said at a press briefing on Monday.

"The President is continuing to get advice from his national security team, including the military leaders at the Department of Defense, reviewing all of the available options," Earnest told reporters.

On Sunday, the UN Security Council convened for an extraordinary meeting to discuss the situation in Aleppo, where the Syrian government forces are carrying out an offensive against Jabhat Fatah al Sham, formerly known as the Nusra Front, and other armed rebel groups.

Fighting in Aleppo intensified after the Syrian army declared an end to the week-long ceasefire on Friday, blaming militants for numerous violations that made the cessation of hostilities unreasonable.