EU Will Remove Colombia’s FARC From List of Terrorist Organizations 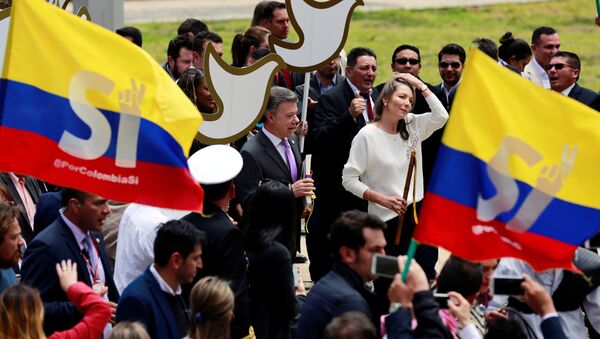 The European Union on Monday decided to remove the Revolutionary Armed Forces of Colombia (FARC) from the list of terrorist organizations following the peace deal between the militant group and the country’s government, EU foreign policy chief Federica Mogherini said on Monday.

Sexual Revolution: Sputnik Exclusive on FARC’s Female Fighters
MOSCOW (Sputnik) – Colombia was mired in a half-century war between the FARC and the Colombian government, which has claimed lives of a quarter of a million people.

"Exactly today, the European Union Council will make the decision to suspend FARC from its list of terrorist organizations. This decision will take effect upon the signing of the Peace Agreement," she said.

The European Union is ready to continue its support for the Colombian ceasefire focusing on the implementation of the agreement, according to the statement.

"We are in fact ready to launch support package, including Trust Fund, worth of a 600 million euros, with the active contribution of many of our Member States," Mogherini said.