Soft Power: This is How Chinese Companies Conquer Britain 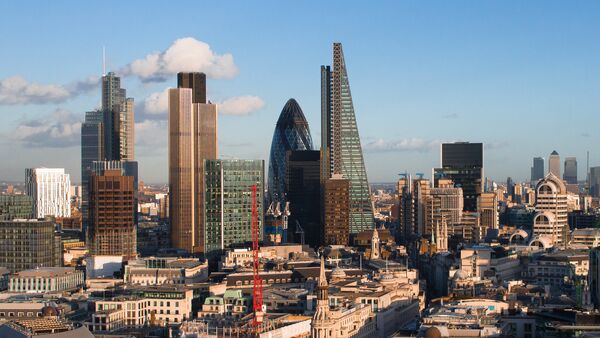 © Flickr / Gabriel Calderón
Subscribe
Chinese companies are actively investing in the British economy, including strategically important industries and sectors. After Brexit, Britian will try to attract more investments from China. However, London will also try to protect strategic industries from foreign capital.

Silk Road: China Embarks on Investment Charm Offensive in Europe
Recently, the British government approved the construction of the Hinkley Point nuclear power plant with participation of Chinese investors. Two months ago the decision was delayed due to the need to assess the consequences of Chinese investments into Britain’s strategic industries.

The Hinkley Point case is an example that the British government does not want to lose non-European strategic partners. At the same time, the new British cabinet will avidly protect national security since London’s foreign economic policy has become more independent after Brexit, Ekaterina Arapova, an expert of the Russian International Affairs Council, wrote in an article.

Brexit may result in serious changes in the British domestic market, including the structure of trade and investment flows. This would affect China as it is one of the biggest investors to the British economy.

West Caught in Catch-22 Over Need and Fear of Chinese Investments
China is the second-biggest investor, after the United States and Japan. In 2015, China’s total investments abroad reached $128 billion, 3.6 percent higher than in 2014. By 2020, Chinese FDI is expected to reach nearly $250 billion.

China is actively diversifying its investments in terms of geography. Over the past few years, China has been one of the biggest investors in Europe’s emerging economies, including major merger and acquisition deals. For example, China’s state-owned ChemChina paid €9 billion for Italy’s Pirelli late-2015. The Chinese company was also approved to buy the Swiss company Syngenta for $43 billion.

Britain has long been one of the favorite countries for China to invest to. Between 2000 and 2015, Chinese investments in Britain reached €15.2 billion.

Ready for 'Showtime': China Becoming Center of Global Financial Activity
Until 2012, China invested mostly in the banking sector, solar energy, the auto-manufacturing industry and communication. Now, the trend is to more technologically advanced industries and infrastructure.

Chinese investors need major infrastructure projects in Europe to expand their presence in Europe, according to the article. It is no surprise that the new British government is concerned over China’s investment activities. The government now pays more attention to the risks which stems from loosening control over strategic infrastructure objects and industries.

According to estimates by the London School of Economics, Brexit will result in a 22 percent drop in direct investment into the British economy and a 3.4 percent drop in revenues.

Such a situation could make capital inflow from emerging economies vital for the British economy. After London withdraws from the European Union and loses European capital, Britain will attract investment partners from other countries, first of all from China, the author suggested.

UK Business Confidence Hits Four-Year Low After Brexit Vote
Britain’s policy towards Chinese investors will depend on two opposite tendencies, the expert pointed out.

On the one hand, competitive struggle for Chinese capital is becoming more intensive between leading European countries, including Britain, Germany, France and Italy. This could prompt the British government to take measures facilitating foreign capital inflows.

On the other hand, the British government will protect strategically important economic sectors from foreign capital. This refers to direct foreign investment into major infrastructure projects, including transport and energy objects.

Thus, Britain will try to keep a balance between the need to attract more foreign investments into the economy and a policy to maintain national security, the expert concluded.