Some 600 Evacuated From Moscow Train Station Amid Bomb Call, No Explosives Found 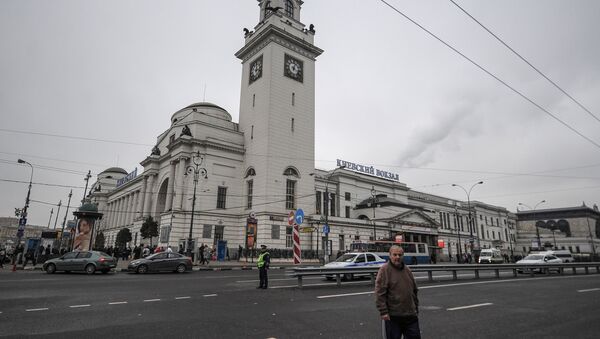 About 600 people were evacuated from Moscow's Kievskiy railway station after a bomb threat alert.

MOSCOW (Sputnik) — Around 600 people have been evacuated from Moscow's Kievskiy train station after a bomb threat alert was triggered by an anonymous call, the Russian capital's emergencies services source told RIA Novosti on Saturday.

No explosives have been found at the Kievskiy train station in Moscow following a bomb threat alert triggered by an anonymous call.

"Some 600 people have been evacuated from the train station building, dog handlers are working on the scene," the source said.

The station continued to operate as normal otherwise, according to the source.