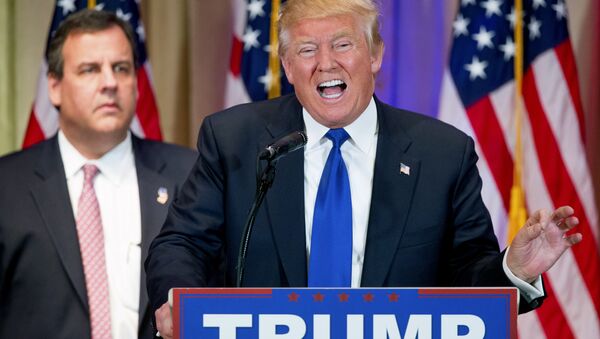 The Republican Party finds itself in unchartered territory holding the mantle of fair trade and protectionism reversing course from the legacy of Ronald Reagan while the Democrats now stand shoulder to shoulder with big business.

Heralded as a "stunning reversal" in political party roles a recent Politico-Harvard poll finds that a shocking majority of Republican voters are staunchly opposed to free-trade agreements old and new in a finding that is certain to cause gasps among GOP leaders in Congress Paul Ryan and Mitch McConnell who have long staked their career to advancing ideas of open global markets and free enterprise.

Top Republican strategists blame Trump for this development and argue that the problem is not that free-trade deals have ravaged once great industrial communities, but rather that the elites need to work to re-brand the controversial agreements to make them more palatable for the general public.

Trade has "gone from the gold standard to being something that’s bad," Stuart Stevens, Mitt Romney’s 2012 presidential campaign chief strategist said in an interview with Politico. "I think it’s a disaster across the board for the Republican Party, because you’re betting against all these trends [in globalization] that are not going to stop."

"The reason that people don’t like trade is the people at the top are not doing a good job of selling it," claims Stevens who working with Romney advocated for forcing China to reform their trade practices rather than looking to fundamentally change the nature of international trade.

Some question whether the Trump campaign caused a movement towards reducing reliance on international trade in order to develop domestic industry or whether he simply understood the conservative electorate better than the Beltway brigade.

There is evidence that the Republican Party’s rank-and-file electorate has always had a populist, anti-free trade streak and that the GOP Party bosses have long been trying to force something on them that they didn’t want. A prime example was the insurgent candidacy of former Reagan adviser Pat Buchanan in 1992 that left President George H.W. Bush hobbled coming out of the primary election opening the door for a Bill Clinton surge.

This seems to be particularly disenchanted white voters in the Appalachia and Midwest regions of the country which used to serve as the backbone for America’s coal, steel, and automotive industry who have not only lost their jobs, but whose communities collapsed from working class prominence to the some of the nation’s most impoverished and addiction riddled.

"There’s been a schism for a long time between registered Republicans and the party leadership. That was the essence of the primary election. You had a group of insider politicians singing the same old globalization song and one candidate saying the emperor has no clothes," explained Trump campaign senior policy adviser Peter Navarro, an economist at University of California-Irvine.

The question remains whether Trump can successfully wage a war on two-fronts against key members of the Republican Party establishment who remain recalcitrant on the issue of free-trade globalism and Hillary Clinton’s Democratic Party coalition in order for the bombastic billionaire to ironically lead a peasants’ revolution to the White House. The odds remain against him with the latest four-way polling showing Clinton leading by 2.3% less than 45 days before Election Day.