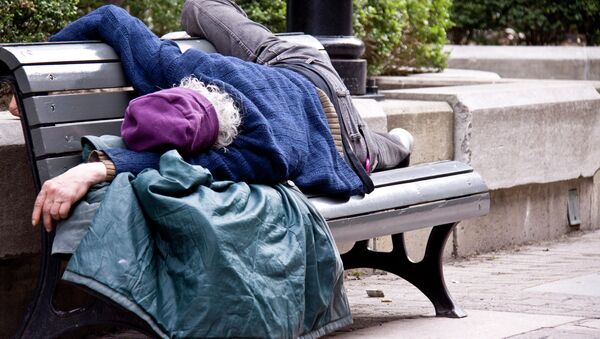 © Flickr / Michel G.
Subscribe
A somber record was broken after it was recorded that 59,698 people slept in New York City homeless shelters on a single night.

Department of Homeless Services Commissioner Steven Banks told Fox 5 NYC, "The most pressing problem is to keep a roof over people's heads and get people out of the shelter system and into housing."

Banks has been the focus of recent criticism over his call to turn a hotel in Maspeth, Queens, into a shelter. He says that the recent record-breaking numbers show that an extreme solution is needed for an extreme problem.

"It's a problem that didn't happen overnight and is not going to be solved overnight," he said. "We have to keep focusing on making sure people have a roof over their heads every night. It's a legal requirement in New York City but it's also a moral obligation to make sure our fellow New Yorkers don't end up on the streets."

Banks claims that 400,000 units of affordable housing have disappeared in New York, and that homelessness has increased 115 percent.

According to RentJungle, the average rent on a New York City apartment is $3,253. Minimum wage in the city is $10.50 an hour. People are forced to live in packed housing as "ghost tenants," who are not named on the lease.

Banks said, "An ounce of prevention is worth a pound of cure."