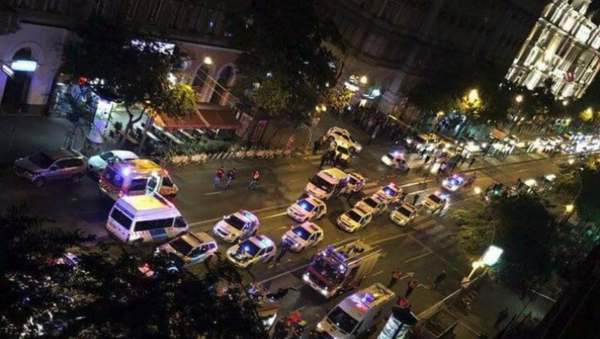 A massive explosion rocked the crowded streets of Budapest, Hungary on Saturday night with initial reports of several injuries. The cause of the explosion is not yet known.

A massive explosion struck the central area of the Hungarian capital of Budapest late Saturday night. Social media video shows a heavy police presence at the Oktogon intersection while eyewitnesses are reporting that several casualties occurred as a result of the blast.

At least two people injured in the blast were taken to a hospital according to Hungarian Blikk daily newspaper reports citing local emergency services.

The two injured people reported by the outlet are believed to be police officers.

There is no word yet whether the explosion in Budapest was a terror attack that was thwarted, if the police officers injured in the blast were the target of an attack or whether the cops were injured by sheer incidence from a spontaneous explosion.