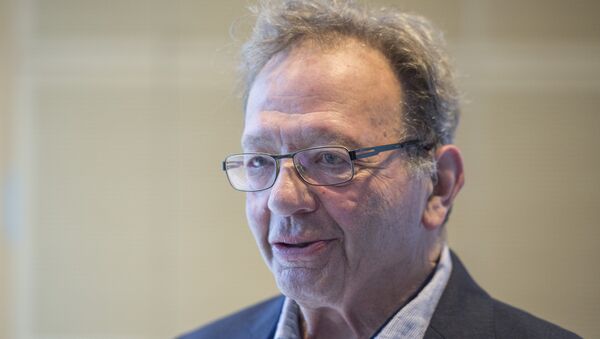 Whilst Bernie may not have succeeded in his bid for US Democrats' presidential nominee this year, his older brother Larry seems to be placing himself on the path to make political strides in the UK.

UK's left-wing Green Party, has chosen the elder of the Sanders siblings as its prospective candidate to succeed former PM David Cameron in the Witney consituency of West Oxfordshire.

Considering that the Tory party have held the local seat in the rural and fairly affluent district since 1974, switching voters to the Green side of the political spectrum may be a challenge but it is one that Larry Sanders is ready for.

Much like his brother Bernie Sanders in the US, Larry is committed to the fight against inequality in wider society and feels confident that this could be an interesting time in the broader UK political climate.

"Sooner or later, whether it is in this upcoming by-election, there are going to be some very dramatic changes to be seen in British Politics. Even more so than already," Larry Sanders told Sputnik.

"It really can go any way in the crisis of current climates and the UK government can either address the negative effects of austerity on UK society or they can carry on blaming the migrants as they have been doing. I'm here to take things in a different direction," he added.

He has resided in the UK for over forty years and was initially an active member of Britain's Labour Party before he shifted his membership to the Green side. Speaking to Sputnik about the reasons he changed his political allegiances, Larry said: "At the time I noticed my Labour colleagues were voting for national cuts and my viewpoints seemed to be closer to what the Green Party stood for and so, I made the move."

Larry acknowledges likely comparisons that will be made between himself and current Labour leadership hopeful Jeremy Corbyn, just as they were made about Corbyn's politics being very similar to his brother Bernie's in the US.

But Larry takes this side lightly and is determined to focus his energies on the things that really matter for the people of Britain.

"Currently, the Greens are the only party in the election so far that is genuinely for making society more equal in all areas," Larry told Sputnik.