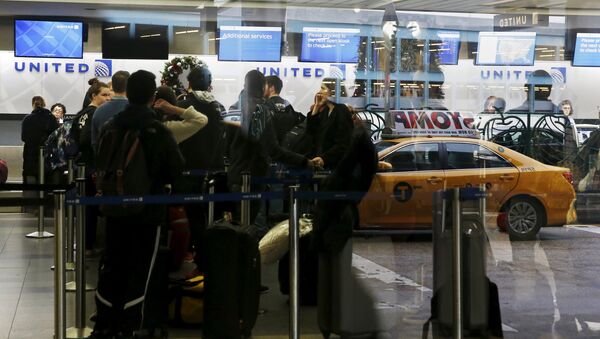 MOSCOW (Sputnik) — LaGuardia Airport's Terminal B was evacuated late on Thursday after an unattended vehicle was found near the building.

The car was seen being towed away by the police, with a Port Authority Police Department spokesperson stating that it was "cleared without incident," the television channel NBC New York reported.

New York: #BREAKING #LaGuardia Airport being evacuated due to a Man who parked a Truck at Terminal B & ran away. photos via @rachelamoylan pic.twitter.com/cgb2pzcb0L

​A police investigation into the incident caused long delays for both arriving and departing passengers, with reported heavy police and bomb squad activity at the site.

#BREAKING: All clear given at LaGuardia Airport after evacuation https://t.co/KrcUc3RWw7

​New York remains tense after one bomb exploded in Seaside Park, New Jersey and another one in the city's Chelsea neighborhood on Saturday. No one was hurt in Seaside Park, but the Chelsea blast injured 29 people. On Monday morning, a third device that had been found near a train station in Elizabeth, New Jersey exploded when a bomb squad tried to defuse it.