The Clinton Neurotics Versus Trump and Putin 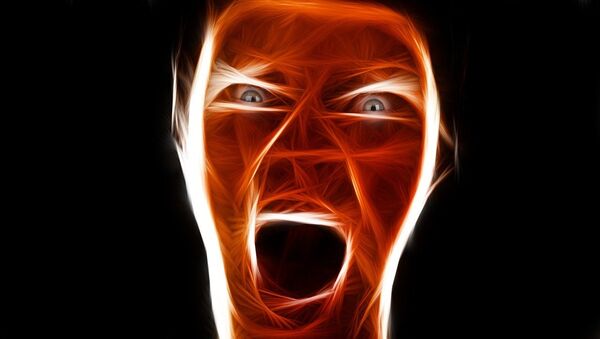 Trump 'Absolutely Correct' About Putin Being a Better Leader Than Obama
Vladimir Putin is under investigation by Silicon Valley angel investors! Yes, the suspected relationships in between US presidential hopeful Donald Trump and the Russian president have prompted American venture capitalist Rob Glaser to act.

Just when you figured Palo Alto could not get any more hallucinogenic over itself, the Accel Partners partner dives into the deep end of crazy and creates PutinTrump.org. If Sigmund Freud were only alive today, his study of Democratic “wish fulfillments” would rock the psychotherapy and political worlds.

Now Millennials with nothing better to do than finger their smart phones and giggle to themselves, can uncover deep algorithmic bliss over what Trump is saying about Putin! Glaser, who founded Real Networks, has weighed into the Hillary Clinton mud puddle of psychotic politicking with both feet.

Vowing to uncover hidden Trump-Putin truths, this new Bob Woodward of PUMPGate has vowed to find the Deep Throat or Manchurian Candidate of Election 2016! For those out there who believe these uber-socialists are nuts, you are probably right. The Accel Partners partner and Real Player rocket scientist was cited by CNBC as saying:

"You have this unprecedented alliance between a presidential candidate the leader of Russia and it's not being talked about as a whole."

Not being talked about? For a few days now this is all Clinton supporters know! Maybe it’s time we investigate Glaser for his role in the cohesive Silicon Valley effort to get Hillary in office?

Glaser, who’s main claim to fame is running off partner Tony Fadel, so that the latter could help Apple make trillions, must need attention. For readers unaware, if San Francisco has an abundance of anything, it’s narcissist whackos convinced the universe is talking to them (I have the emails from many to prove this).

And the PutinTrump.org seems like a perfect attention getter. The website landing page’s dogma opens the gaping hole of the world’s technology capital (AKA Alice in Wonderland):

“As the U.S. presidential election enters the home stretch, we see overwhelming evidence that a Donald Trump presidency would put U.S. national security interests at risk.”

Glaser either A – needs attention, and/or B – has no qualms whatsoever over spinning a lie and sensationalism into profit. The site is off the scale, bombastic, tabloid-like, and a clear Clinton bent endeavor to appeal to the sheeple who rave about Hillary.

I was a technology writer and analyst tens years, before branding off into geo-politics and PR. The reader here needs to understand the nature of these “Valley of the Dolls” capitalists though, so here is more on their rise to fame.

Money, and Plenty of It, and Tiki Parties

Glaser, like so any other Silicon Valley pseudo-geniuses out there, came to prominence in a time when a bonfire of $ billions was being lighted in California’s frenzied Web 2.0 days. After the so-called “dotcom era” trashed billions lost overnight, a resurgent technology boom period was ushered in and branded the “second coming” by “visionaries” like Tim O'Reilly and old colleagues of mine like Mike Arrington and Pete Cashmore. It is no coincidence that O’Reilly now sits alongside Glaser at the Electronic Frontier Foundation. But Alice in Wonderland cadres of profiteers most people know all too well.

Web 2.0 saw vast investments funneled into Palo Alto and Menlo Park, and writers like me covered the whole amazing frenzy on myriad tech blogs like Tech Crunch, Mashable, ReadWriteWeb, and a dozen more. Analyzing, watching from close up, I recall seeing rivers of money wasted, and hyperbole doped to all time highs. It was in this circus of excess and eccentricity that a few successes stood for some a mire of stunningly idiotic failures.

Apple, Google, Microsoft and Facebook surfaced, on the wreckage of 10,000 bad ideas, that were PR hyped for bad entrepreneurs. The short version of it all would read something like this quote from the legendary Silicon Valley stock expert Philip Fisher and Motorola investor, who said:

"The stock market is filled with individuals who know the price of everything, but the value of nothing.”

'Unlimited and Unbridled': Inside Google’s 'Massive Control' Over US Elections
Fisher’s books are still in print, and there’s no doubt Rob Glaser and his colleagues in tech have read every word in them. To be blunt, Palo Alto profiteers and the rest of the Silicon Valley bunch are snake oil salesmen first, and everything else second. Marketing and PR made Silicon Valley, not gripping innovation, this is oh so evident if you consider what Facebook really is.

Glaser and his associates, the things they are tied to, actually merit more scrutiny then a Trump-Putin world takeover allegation. Accel Partners has made 943 investments in 522 companies. The Palo Alto venture firm has raised in excess of $19.5 billion since its inception, and has spun off 30 IPOs, the most notable being Facebook.

To find out what Rob Glaser is all about, or any of his partners at Accel, all anyone has to do is micro-analyze these IPOs to find a business model beneath. Yes there are massive successes, but “hedging” losers is part of the business as well.

For every Facebook success they spurred, there are 5 dogs that just won’t run – investment traps that essentially milk money out of the idiot speculator. Let this sink in…. buy into what I am suggesting…. then understand how Wall Street and the tech business runs. Share price and perceived value run America. What, you think Google actually makes any money? Shares, it’s all about shares folks. Shares of air is a part of this business, but associations and intricate business control is even more crucial.

Sigmund Freud and the “Fix”

Further examination of Accel investments tells us the investing elite out there support a matrix of Silicon Valley business into everything from military industrial complex hardware and NSA spying tools, to corporate security and innovators in photonic integration technology using in virtually all advanced networks around the world. It’s these connections that are important to understand. Significantly, the Accel tentacles stretch forth into the final realms where super-capitalism hopes to conquer. From social networks in China, real estate, accounting for small businesses, and so much more fall within the clutches of an elite group investing for the elites in controlling markets.

Take one investment of Accel, CrowdStrike is the same security company that proclaimed Vladimir Putin himself hacked the DNC! Collusion, a cadre of leftist billionaires who’ll do anything to perpetuate their windfall in the Obama years, this is the name of the game in America.

Just focusing on CrowdStrike we see a $156 million investment by Accel, Google, Rackspace, and Warburg Pincus. So the question arises, “Does 156 million dollars buy allegiance these days?” Better yet, “What goals do investors seeking in those indebted to them?” Turning back to Glaser, his Twitter follows list reads like a Clinton Foundation master donor list.

From writer Steven Levy to his Obama Victory Fund efforts, the man investigating Putin and Trump is more a threat to our national interests than ISIL (Daesh in Arabic) in my view. If Putin were to absolutely take over the US, things could not be worse than these Disneyland characters running the show any longer. Obama helped create almost 2,000 billionaires while Detroit crumbled, and Hillary will surely create twice that many along with a new Dust Bowl.

Clinton Left Classified Data in Russian Hotel During State Secretary Trip - FBI
Hillary Clinton’s most important supporters remind me of those dashboard dolls form the 1960s, with spring loaded wobbly heads and hula skirts on. In my mind’s eye I see these wealthy Democratic supporters with their heads jiggling back and forth, staring doe eyed out across the hood, their bank transfers to the Clinton Foundation cementing their loyalty. Alternatively, Hollywood images of Palo Alto elites holding midnight séances, vigils where Disney tunes are played backwards, and where Trump and Putin dolls are burnt in effigy come to mind.

Donald Trump and Vladimir Putin seem pretty normal to me, pretty easy to figure out. It’s these radical Clinton evangelists that we may need a Sigmund Freud or Carl Jung to figure out. These people make me fearful, the big “fix” that seems eminent is scary. What about you, what’s your take?

000000
Popular comments
I believe Trump knows more about how this game is played than they like, and now that Trump could actually win this, they are running scared. They are willing to play dirty, and they prey on all the people that are to busy to educate themselves or otherwise assume what they are being told on television must be fact. I myself, fail to see what's so bad about a positive relationship with Russia. I find the current administration's determination to have a new Cold War appalling. Nothing good will come of this for anyone, except those who will get even richer than they already are off the new cold war machine. Trump is up against a lot of powerful forces, but he continues to defy the odds. He is not perfect, but if he wins he will bring on some very needed changes.
Darrell R
26 September 2016, 06:00 GMT1
000000
Newsfeed
0
New firstOld first
loader
LIVE
Заголовок открываемого материала
Access to the chat has been blocked for violating the rules . You will be able to participate again through:∞. If you do not agree with the blocking, please use the feedback form
The discussion is closed. You can participate in the discussion within 24 hours after the publication of the article.
To participate in the discussion
log in or register
loader
Chats
Заголовок открываемого материала
Worldwide
InternationalEnglishEnglishMundoEspañolSpanish
Europe
DeutschlandDeutschGermanFranceFrançaisFrenchΕλλάδαΕλληνικάGreekItaliaItalianoItalianČeská republikaČeštinaCzechPolskaPolskiPolishСрбиjаСрпскиSerbianLatvijaLatviešuLatvianLietuvaLietuviųLithuanianMoldovaMoldoveneascăMoldavianБеларусьБеларускiBelarusian
Transcaucasia
ԱրմենիաՀայերենArmenianАҧсныАҧсышәалаAbkhazХуссар ИрыстонИронауОssetianსაქართველოქართულიGeorgianAzərbaycanАzərbaycancaAzerbaijani
Middle East
Sputnik عربيArabicArabicTürkiyeTürkçeTurkishSputnik ایرانPersianPersianSputnik افغانستانDariDari
Central Asia
ҚазақстанҚазақ тіліKazakhКыргызстанКыргызчаKyrgyzOʻzbekistonЎзбекчаUzbekТоҷикистонТоҷикӣTajik
East & Southeast Asia
Việt NamTiếng ViệtVietnamese日本日本語Japanese俄罗斯卫星通讯社中文（简体）Chinese (simplified)俄罗斯卫星通讯社中文（繁体）Chinese (traditional)
South America
BrasilPortuguêsPortuguese
NewsfeedBreaking
21:23 GMTFrance-UK Defense Minister Meeting Canceled Over AUKUS Fracas - Report
20:23 GMTFrench Highliner Stops Parisians’ Hearts Crossing Seine 200 Feet Up
20:21 GMTUnited Russia Leads in Russian General Election With 42% of Vote
19:21 GMTCelebs Go Skating Host Hopes to Sign Prince Harry & Meghan Markle for the Show, Media Says
19:20 GMTLetters From Jehovah’s Witnesses in England Blame COVID Pandemic on Satan, Media Says
19:07 GMTSatellite Snaps Appear to Show Expansion of North Korea’s Nuclear Bomb-making Capabilities
19:02 GMTSylvain Mbappe: Satirical Website Offers Alternatives to 'Non-French' Names
19:01 GMTUnited Russia Party Leads in Parliamentary Elections With Over 12% of Ballots Counted - Exit Poll
18:54 GMTRussian Embassy in Paris Says Checks Info About Russian Man Arrested for Shooting Air Gun
18:04 GMTVoter Turnout in Russian Parliamentary Elections Exceeds 45%
17:51 GMTMany Haitians in Texas Border Camp Unwilling to Leave Despite US Deportation Plans
17:44 GMT‘Are You Undercover?’ Watch Police Detain Suspicious Man with Badge and Gun at DC Protest
17:31 GMTTaliban Fighters Seen Riding Swan-Shaped Pedal Boats - Photo
17:23 GMTSeveral Injured as Military Plane Crashes in Lake Worth, Texas, 'Heavily Damaging Two Homes'
17:10 GMTDaesh Claims Responsibility For Attacks in Eastern Afghanistan
17:03 GMT800+ Naked Swimmers Celebrate Approach of England's Autumn Equinox
16:52 GMTUS National Whelan Tells Family About Physical Assault in Russian Prison
16:37 GMTDems Reportedly Mulling Ploy to Defuse Debt Ceiling Stand-off with GOP to Avert Gov't Shutdown
16:30 GMTHeart-Stopping Moment: Divers in Brazil Come Face-To-Face With Giant Anaconda
16:23 GMTEU Greens Co-leader Threatens to Turn Nord Stream 2 Into ‘Investment Ruin’