Get the Builders In! Parliament Faces 'Catastrophic Event' 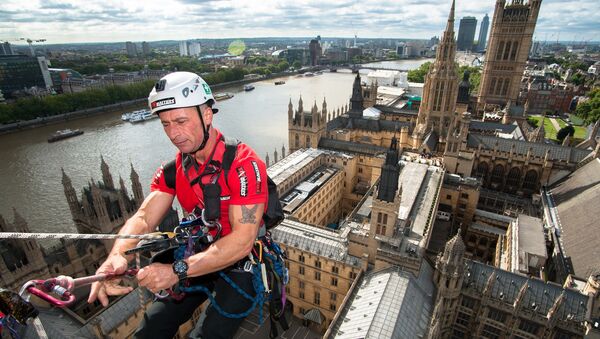 © Flickr / UK Parliament
Subscribe
A new poll has revealed 54% of Brits back the removal of all MPs from Parliament - not out of voter frustration, this time - but for the multi-billion dollar renovation of the historic London building.

The Palace of Westminster is as iconic a London landmark as they come. Big Ben, Elizabeth Tower and the Thames-side gothic stone facades and gargoyles are synonymous with Britain.

The current building is over 170 years old, and built on the same site as the former medieval Old Palace built centuries earlier. Indeed, part of the attraction is how much history is associated with the palace: decisions made in its corridors of power have shaped Britain's past and present.

But now, that legacy is at risk. Or at least that's according to the Joint Committee on the Palace of Westminster, made up of Lords and MPs. They've produced a report, saying an urgent renovation is needed to the tune of more than US$4 billion. 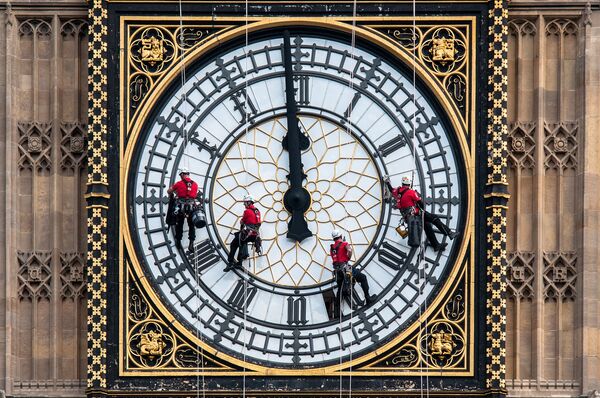 Cleaning and maintenance of the Great Clock 2014
© Flickr / UK Parliament

It mentions a litany of problems from roofs leaking, ageing mechanical and electrical services posing a major fire risk, mice-infested rooms and even asbestos packed into parts of the building. The report alleges that the palace's internal plumbing once failed so badly, raw sewage poured from pipes on to workers' desks, leaving them in need of inoculations.

And the latest poll by YouGov this week, reveals that the majority of the public agree that MPs should vacate Parliament and leave London. Several councils across Britain have accused Westminster MPs in the past of holding too much control centralized in London.

The majority of the public think that Parliament should leave London https://t.co/rst1crUJeS pic.twitter.com/z6z956VsQj

Among those who think that it should leave London, the majority think it should relocate to either the North or the Midlands, which collectively receive 37% of the vote.

Most MPs, perhaps fed up at the threat of raw sewage raining down on them, agree that Parliament should be closed for repairs.

However, such an eye-wateringly expensive infrastructure project has its critics.

Parliament's restoration is a huge chance to take seriously the rebalancing between the South and the North https://t.co/vrALvSuzi5

The committee recommending the renovation has been faced with accusations that it would be a house-proud exercise in "vanity" — a claim they reject. Their report calls the renovation essential to avoid a "catastrophic event," meaning a terrible accident occurring because of the site no longer being safe.

However, even Prime Minister Theresa May has her doubts.

Earlier this month, Downing Street said the prime minister is still reviewing the plans with several concerns in mind. These include public perceptions over such a large sum being spent; where politicians could practically encamp to, and whether the UK labor market has enough skilled workers to undertake the substantial project.

If the prime minster does approve the plans, the renovation could see MPs booted out of Parliament for between five to eight years.