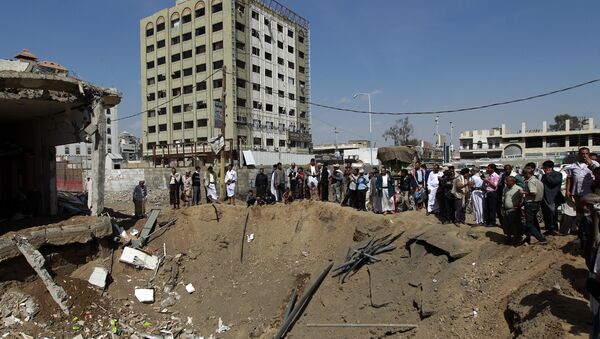 At least 22 civilians were killed and over 60 injured in the airstrikes carried out by the Saudi-led coalition on a market in the west of Yemen, local media reported on Thursday, citing medical sources.

Untold Story of Saudi-Led Coalition's War on Yemeni Historical Heritage
DUBAI (Sputnik) – According to the 7adramout.net news portal, the attack occurred in the port of Al Hudaydah, which is currently under control of the Houthi rebels. The death toll estimates are preliminary and the numbers could rise, as at least 50 people have reportedly been severely injured.

Yemen has been engulfed in a military conflict between the government headed by Abd Rabbuh Mansur Hadi and the Houthi rebels, the country’s main opposition force. The Houthis are backed by army units loyal to former Yemeni President Ali Abdullah Saleh.