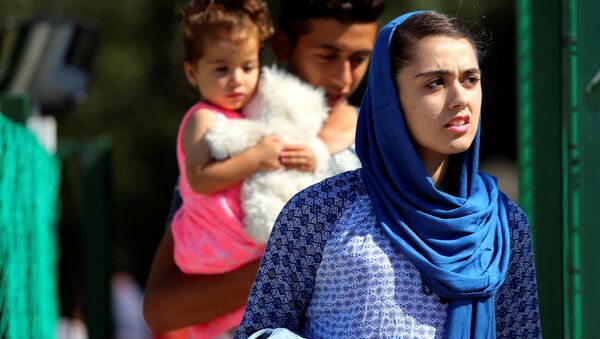 The influx of millions of refugees and migrants into Europe has created a frightening wave of right-wing xenophobia across the continent. European leaders are not immune to this troubling sentiment.

In a recent interview with the website Origo.hu, Hungarian Prime Minister Orban suggested that illegal immigrants be rounded up and sent to camps outside of the EU’s borders.

"This could be an island, it could be a coastal area in North Africa, but the security and supplies of that area must be guaranteed by the EU in its own interest," he said.

"Those who came illegally must be rounded up and shipped out."

These camps would be guarded by forces put together by the EU.

Portugal Plans to Double Its Intake of Refugees

"We must set up large refugee camps outside the EU, with armed security and financial support provided by the Union. Everyone who came illegally must return there. There they can file for asylum," he said.

"There is only one solution that benefits everyone, including us who are not yet in trouble because we defended ourselves and countries like Germany which are in trouble: taking [migrants] out of the Union."

Under Orban’s leadership, Hungary has taken an increasingly hardline approach to the refugee crisis, including the construction of a razor wire fence along the country’s southern border.

"Borders must be used, because they protect us," he said.

"Some imagine a globe without borders…I am one of those who would not like to see the civilization of the world change."

Hungary isn’t alone. Right-wing parties have made gains across Europe.

"These parties are supported by those who see that social life is changing as their countries are occupied by foreigners, and who fear losing their social status," said Turkish foreign policy professor Huseyin Bagci.

"Their position leads to a conflict with those who are opposed to them."

The European Union is currently struggling to manage a massive refugee crisis, with hundreds of thousands of people fleeing war-torn countries in the Middle East and North Africa. EU border agency Frontex estimates over 1.8 million illegal border crossings into the bloc in 2015.