Mumbai Put on High Alert Due to 'Suspicious People' 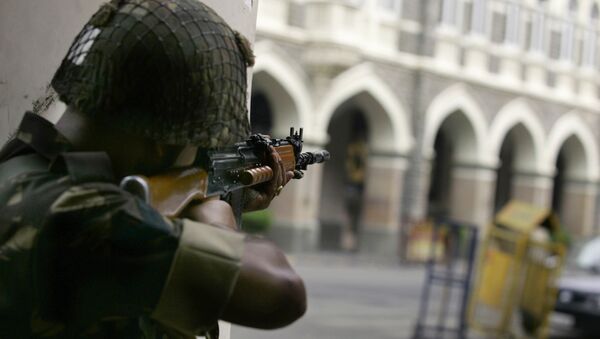 Suspicious people were spotted near a Navy Base; a search operation is underway.

New Delhi (Sputnik) – Mumbai, one of India's largest cities, has been put on high alert after a group of suspicious people were spotted by schoolchildren near the Uran Naval base. According to the children, the suspicious-looking people were carrying arms and moving towards the ammunition dump of the naval base.

Public Relations Officer of Indian Navy, D K Sharma said that “Navy is at a high state of alert after getting this input regarding suspicious activity reported by some school children in Karanja  near Mumbai.”

The Navy spokesperson did not confirm the alert regarding Naval bases across Maharashtra but Indian Navy and Mumbai Police have begun to search for the suspects.

​The Indian public is already edgy following the gruesome attack on an Indian army base in Kashmir on September 18, in which 18 soldiers were killed.