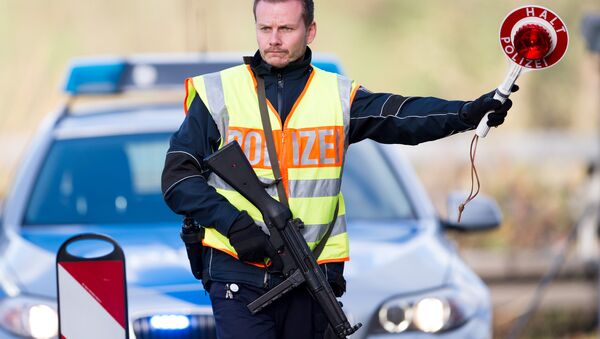 A member of the German Federal police will participate in reforming Ukraine's border control system as an adviser, Chairman of Ukraine's State Border Guard Service Victor Nazarenko said on Thursday.

Ukraine Protesters Disrupt Traffic to Poland Over Border Controls
KIEV (Sputnik) — On Tuesday, the Ukrainian agency said it had started to implement the project on cooperation with EU member states in strengthening and improving the its work. The project stipulates that EU experts should hold consultations with the agency's staff on a daily basis.

"The German Federal police officer will take part in reforming the concept of integrated border control system and also in reforming our agency," Nazarenko told journalists.

Earlier in the day, German Ambassador to Ukraine Ernst Reichel noted that the country had already made significant progress in the border agency's reform. He also added that Ukraine played a key role in the fight against illegal migration and border crossing.

According to the agency, the project of its reformation worth 1.3 million euros ($1.4 million) will be implemented within two years. The European experts should assist Ukraine in developing new regulations, including draft bills to improve its border agency's work.