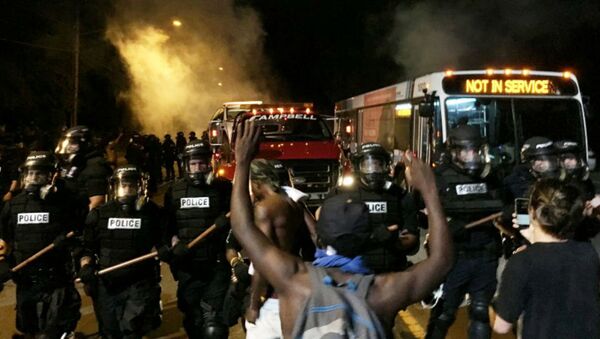 As demonstrators gather for a second night of protests in Charlotte, North Carolina, multiple witnesses reported gunshots in the downtown area.

One person was taken to a nearby medical center with life-threatening injuries. Police in riot gear amassed near the entrance to the Omni Hotel, where the incident took place.

According to Fox News, seven cops were taken to area hospitals.

North Carolina Governor Pat McCrory has declared a state of emergency in Charlotte. 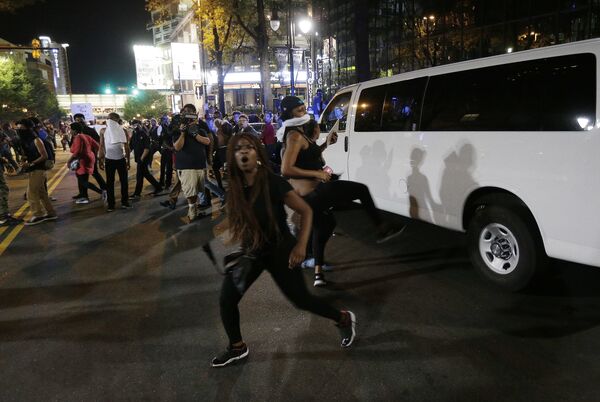 A local NBC reporters claims to have seen blood on the ground and police deployed tear gas and flashbangs to disperse the crowd.

Protesters chanted "No justice, no peace," and some were reportedly been arrested.

According to the Charlotte Metropolitan Police, the protests were considered an "unlawful assembly." Authorities began using non-lethal crowd control measures.

Rioters attempted to break into nearby stores.

Streetcar service in the city was discontinued.

At least 12 police officers were injured on Tuesday night as demonstrators took to the streets to protest the shooting death of Keith Scott.