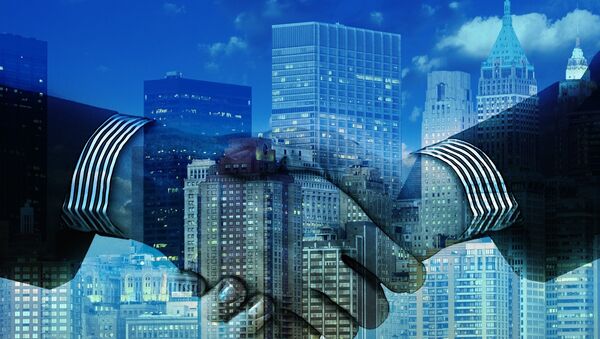 The Government Accountability Office has been asked to assess the performance of the committee that reviews how foreign companies could impact national security by purchasing US business assets.

On September 15, 16 lawmakers sent a letter to the Government Accountability Office (GAO) requesting a report on the Committee on Foreign Investment in the United States (CFIUS), a group that reviews the national security implications of the takeover of US businesses by foreign companies, "to determine whether its statutory and administrative authorities have effectively kept pace with the growing scope of foreign acquisitions in strategically important sectors in the US."

Rep. Robert Pittenger (R-NC), member of the House Committee on Financial Services, said in a statement regarding the letter, "There have not been substantial structural updates to CFIUS composition or authority since its inception, despite a rapidly changing foreign investment climate, the rise of technology and information warfare, and new state-owned or controlled companies that are structured as independent entities but are largely directed by foreign governments. This evolving nature of possible national security threats requires that both the Executive Branch and the Congress revisit the CFIUS process to determine whether it is fully empowered to address these concerns."

Sanders: Proposed Takeover of Monsanto by Bayer ‘Threat to All Americans’
The letter followed an announcement by Bayer, a German pharmaceutical company, of its intention to purchase US agrichemical giant Monsanto for $66 billion.
The statement reads, "As we prepare for the upcoming presidential transition, now is an opportune time for GAO to review what has worked well, and where CFIUS authorities may need to be expanded, especially given the rise in state-owned enterprises and state-controlled enterprises from China and Russia, among other designated countries."

As Chinese direct investment has risen to $30 billion this year, Pittenger expressed his concerns about the potential economic and security threat it could pose, the Washington Free Beacon reported.

"I'm not opposed to Chinese investment, but I am concerned about Chinese-affiliated entities that would make these investments and particularly those that have a strategic security threat, and the intent is to identify which ones have a threat," he said.

Concerns are exacerbated by documented Chinese cyber provocations. "When you're talking today about technological providers, semiconductor technology that is important to our defense system and information warfare — this is all new relative to the Ford administration," Pittenger said.

German Business Maintains Interest in Investment in Russia
Foreign business acquisition of media and telecommunications companies has caused suspicion among lawmakers believing the moves could lead to the propagation of a pro-China message. As Pittenger suggest, Dalian Wanda's acquisition of movie studios Legendary Entertainment and Paramount Studios, as well as theater chains AMC and Carmike, could give China the "ability to control messaging" and spread "propaganda" in the United States.

Although Russia does not pose a strategic national security threat, the lawmakers have urged CFIUS to be vigilant.

The committee is expected to make recommendations in the following weeks.