One 'Neutralized' in Armed Attack on Israeli Embassy in Turkey 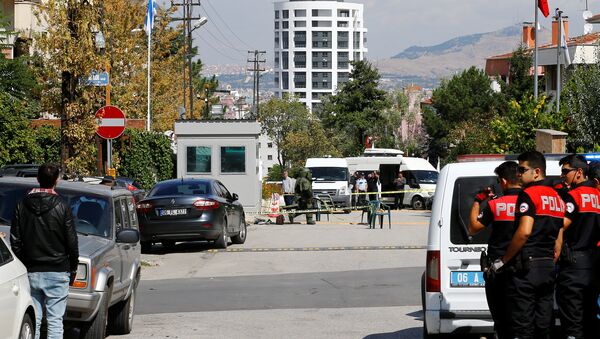 One of two assailants has been wounded in an armed attack on the Israeli Embassy in Turkey, local media reported Wednesday.

Turkish President Approves Reconciliation Treaty With Israel
ANKARA (Sputnik) – Gunshots were heard in front of the embassy building, according to the Daily Sabah English-language daily. Security forces have reportedly "neutralized" one of two assailants, it added. Previous reports claimed the attacker was killed.

The outlet said embassy staff were sent into hiding as a safety precaution, and police units and ambulances were dispatched to the scene.

​According to CNN Turk, an attacker has been shot in the leg after a stabbing attempt at the entrance to the embassy.