Russian-Indian Indra-2016 Drills to Be Held Sept.23-Oct.2 in Primorsky Territory 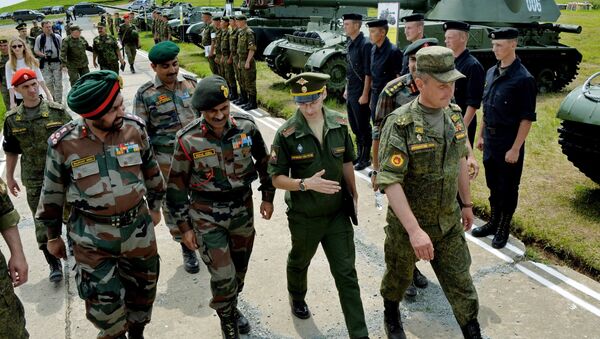 "The main intent of the exercises is to create combined forces of the Eastern Military District and the Indian Armed Forces units to conduct operations to detect, block and eliminate simulated terrorist and illegal armed groups with the use of aviation and artillery units," Capt. 2nd Rank Vladimir Matveev said.

Up to 500 Russian and Indian troops, 50 pieces of weapons and hardware, a formation of unmanned aerial vehicles, as well as the district’s attack and army aviation will take part in the drills, he added.

The first Indra drills were held in 2003. They serve to facilitate cooperation and foster the exchange of relevant experience between the Indian and Russian armed forces.