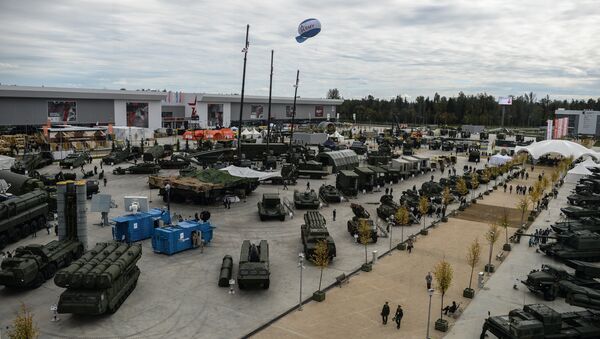 Playing With Big Guns: Highlights of the International Army Games 2016
KOSA BILYAUS (Crimea) (Sputnik) – Malakhit design bureau Director Vladimir Dorofeyev told Sputnik at the Army-2016 military forum earlier this month its scientists have developed a concept design for the platform that would enable the use of unmanned underwater vehicles.

"There is interest. Several research institutes of the Ministry of Defense gave positive feedback about the project," the bureau’s deputy director, Andrei Kurnosov, told RIA Novosti.

Dorofeyev said on September 6 the platform’s wide-ranging tasks dictate its development on nuclear and air-independent propulsion. He explained that the need for the concept arises from the underwater drones’ low levels of energy autonomy.

The concept aims to combine the platform’s ability to deliver the drones to their destination, while providing them with electricity, maintaining their technical readiness and reading their data, Malakhit’s director specified.