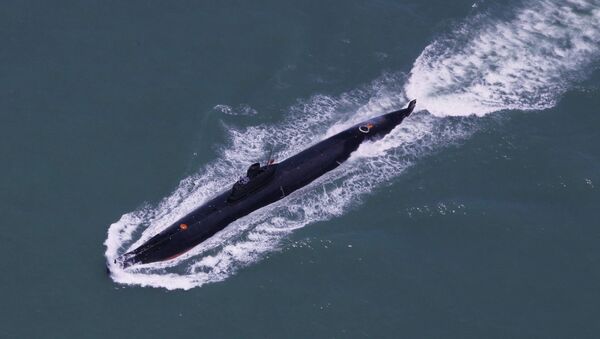 India intends to construct a seabed-based surveillance sensor array. This would monitor all submarine or naval ships patrolling the South China Sea and Indian Ocean Region.

India Worried by Increased Movement Across Pakistan Border After Kashmir Attack
New Delhi (Sputnik) – Indian PM Narendra Modi's government has given its approval to a project under which it will start laying an undersea optical fiber cable to strategically important locations in the Indian Ocean region.

“Union Cabinet has given its approval for the provision of a direct communication link through a dedicated submarine Optical Fibre Cable (OFC) between India's mainland (Chennai) and Port Blair and five other islands viz. Little Andaman, Car Nicobar, Havelock, Kamorta and Great Nicobar,” reads a statement released by Indian government.

Geography and the location of the Andaman and Nicobar Islands in the Bay of Bengal safeguard India's eastern seaboard. The estimated cost of the project is USD 165 mln, including operational expenses for 5 years. The project is likely to be completed by December 2018.

Government sources told to Sputnik that Japan International Cooperation Agency is expected to fund the project. Following its completion, India would construct its own array of  seabed-based surveillance sensors stretching from Indonesia’s Sumatra Island to Indira Point in the Andaman and Nicobar Islands. The seabed based surveillance sensors would monitor all submarine or naval ships patrolling the South China Sea and Indian Ocean Region.

Currently satellites are the only medium for providing telecommunications connectivity between the mainland and the Andaman and Nicobar Islands, but the available bandwidth is limited to 1 Gbps.