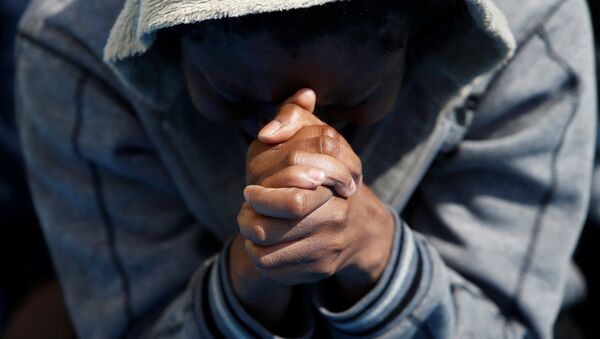 The 70th UN General Assembly President Mogens Lykketoft said that the United Nations is not prepared to provide long-term aid if the root causes of the migration crisis take a generation to address.

"We are working to mobilize in each and every nation the understanding that this is a common problem, and if you don’t come to attacking the root causes of the problem, they will come to you as a destabilization of the global community," Lykketoft said of the migration crisis.

Asked specifically if the United Nations was prepared to wage a humanitarian aid campaign in response to conflicts that have been described as generational, Lykketoft stated bluntly, "No, I do not think the United Nations is up to it."

Leaders at UN Refugee Summit Vow to Double Number of Resettled
Lykketoft, a Danish politician, served as UN General Assembly President in 2015, a year when the United Nations documented a record 65.3 million persons who had been displaced as a result of conflict and persecution.

Terrorism, poor governance, weak economic growth and the effects of climate change have all been categorized by world leaders as both root causes of mass forced migration and challenges that could take a generation to address.

The international community is engaged in discussions on how to mobilize resources and increase resettlement options, Lykketoft noted, "but, of course, we have not gotten the right solutions."

This year’s 71st UN General Assembly is heavily focused on mobilizing the international community to address the global refugee crisis, with a Refugee Summit led by the UN Secretary General on Monday, and the Tuesday US-led Leadership Summit on Refugees.