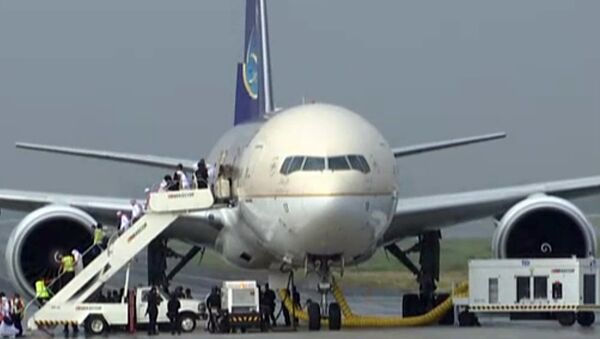 The Saudia airline said Tuesday that a hijacking alarm that caused its plane to be isolated at the airport in the Philippines’ capital of Manila was false.

Russia to Inspect Egyptian Airports Despite Recent EgyptAir Hijacking
DUBAI  (Sputnik) – According to earlier media reports, a Saudia flight SVA 872 was isolated at Manila's Ninoy Aquino International Airport after the pilot of the plane said the aircraft was under threat.

"The incident in Manila is over. There was a false distress call saying that the flight 872 traveling from Jeddah to Manila was under threat of hijacking," the airline said in statement as quoted by Saudi Arabia's Al-Ekhbariya TV channel.

The airlines added that the hijacking alert was lifted.

According to media reports, the Philippine National Police Aviation Security Group arrived at the Manila airport following the distress call.