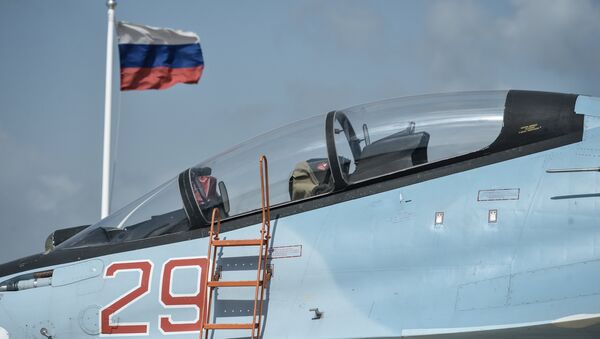 © Sputnik / Ramil Sitdikov
/
Go to the photo bank
Subscribe
A year has passed since Russia launched a military campaign in Syria. According to an article in the French newspaper Le Figaro, this year has marked a strategic victory for Russia because Washington had to align to Moscow’s strategy.

The Russian operation in Syria was part of Moscow’s global strategy aimed at restoring its international influence beyond the post-Soviet region. This strategy changed the balance of power in the Middle East, including diminishing the role of the United States.

According to the author, the future of Moscow’s strategy will depend on the military victory on the ground. In turn, it depends on cooperation with Iran, negotiations with Turkey and the "lassitude of the United States."

Thanks to the Russian intervention, the Syrian government led by President Bashar Assad managed to restore public confidence lost after a series of failures in Spring 2015.

Syrian Army Regains Control Over South Aleppo Outskirts With Russian Air Cover
The Syrian Army has not made significant territorial gains but they are of a great strategic importance. Now, the Alawite region is secured from rebel attacks and the Syrian Army is clearing militants’ strongholds near Damascus, including in Darayya and Ghouta.

The situation is complicated in Aleppo where militants receive support from Turkey. Moreover, Russian warplanes have to support Syrian forces incapable of defending its territory, like it is happening now in northern Hama Province.

The author suggested that at the next stage of the Russian operation may involve an extended military presence on the ground, in order to protect strategic areas, including northwestern Latakia, Palmyra and Aleppo. 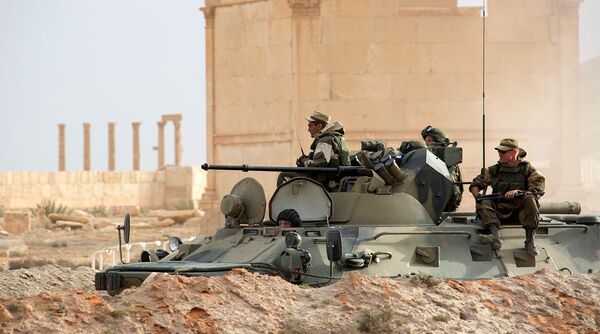 The author noted that the operation costs the Russian budget on average $3 million a day, and so it is affordable for Moscow. In addition, the showcase of Russian military power in Syria has already gained a number of new arms deal. In 2016, Russia’s portfolio of defense exports reached $50 billion against $38.5 billion in 2011. Russia is the second largest arms exporter in the world, with a market share of 25 percent.

"Russia will not withdraw from Syria due to financial difficulties," the article noted.

Washington Turning Away From Syria

Washington 'Unable to Make Syrian Rebels Adhere to Ceasefire Deal'
After the US presidential election, one serious change is likely to be Washington’s foreign policy.

"The Syrian problem will probably be left to Russia and Iran," according to the article.

The US will not oppose the Russian strategy in Syria. A ceasefire agreement signed by Moscow and Washington in Geneva on September 10 is a sign that Barack Obama wants to ease tensions in Syria even if this plays in the hands of Russia and Iran. 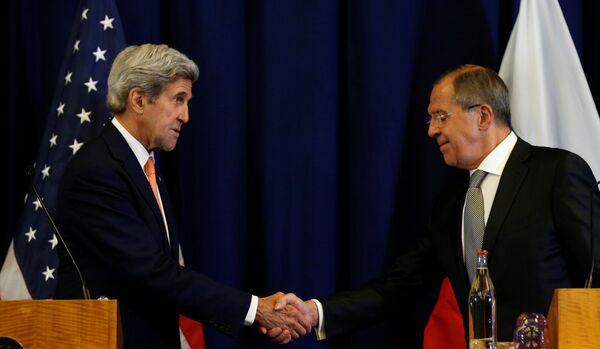 U.S. Secretary of State John Kerry and Russian Foreign Minister Sergei Lavrov shake hands at the conclusion of their press conference following their meeting in Geneva, Switzerland where they discussed the crisis in Syria September 9, 2016
© REUTERS / Kevin Lamarque

The reason is the lack of an alternative to the peaceful settlement to the conflict.

Flawed Intelligence Could Hinder US-Russia Military Cooperation in Syria
"What's the alternative? The alternative is to allow us to go from 450,000 people who've been slaughtered to how many thousands more? That Aleppo gets completely overrun? That the Russians and Assad simply bomb indiscriminately for days to come, and we sit there and do nothing? That's the alternative to trying to get this done, if America is not going to go in with their troops – and America's made the decision we're not going in with our troops. And the president's made that decision," State Secretary John Kerry told NPR Radio last week.

The US admitted its impuissance and this is a diplomatic victory by Russian President Vladimir Putin, the article read.

"Despite the fact that military achievements are minor and the victory will require doubled efforts, it is important that the US strategy to change regime in Syria has failed," the author concluded.

000000
Popular comments
Jammy, Whenever a 'victory' is not clear to anybody who looks at the situation and you feel the need 'to explain' the 'victory' to the audience it's no victory at all. It's a bad compromise right now at best.

Sam Handwich
20 September 2016, 19:55 GMT2
000000
Victory does not come when the USA can bomb when it wants to inside Syria and that inlcudes the aid convoy and then blaming it on Russia which is a story that seems to be missing from this site. "Russia because Washington had to align to Moscow’s strategy" Well yes if that includes letting Turkey who is a member of NATO invade Syria and trying to become partners with the very people that are suporting ISIS and did a coup in the Ukraine because Russia tried to look after it's own interest in Syria. Russia has many people on it's side for stading up to the worlds bully boy and they will leave just as fast if Putin backs down and any diplomatic victory that counts will be lost but if your talking about the way Samanta Power can talk to the Russian delegation inside the UN meeting then i don't think that strategy is working. Lets face it Russia is being surounded by new american missile bases in Europe so any talk about victory at this stage is way, way off the mark