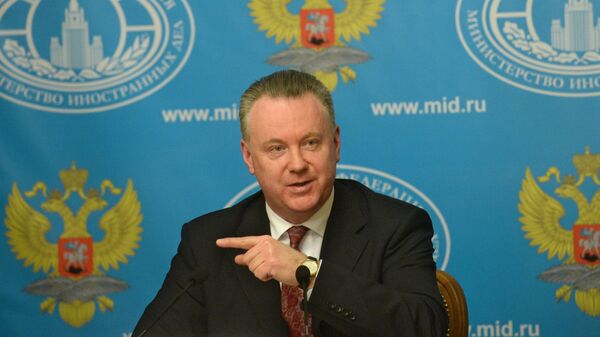 © Sputnik / Kirill Kallinikov
/
Go to the mediabank
Subscribe
International
India
Africa
According to the Russian envoy to OSCE, sending an OSCE military policing mission to eastern Ukraine is unrealistic.

"The creation of a military component in future OSCE efforts in eastern Ukraine is a very sensitive subject," Lukashevich told RIA Novosti.

"We do not see any prospects for these plans, considering the civilian nature of the organization itself, as well as its special monitoring mission, whose mandate stipulates monitoring of the implementation of the complex of measures adopted by conflicting sides last year and approved at the level of Normandy Four leaders and the UN without any military component," Lukashevich stressed.