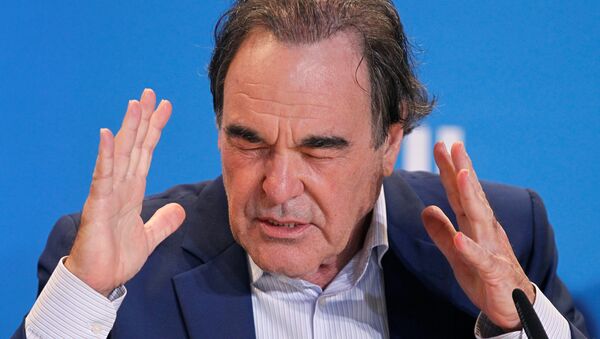 Making statements accusing Russia of links to hackers involved in cyberattacks against the United States is easy, but such conclusions are groundless, US film director Oliver Stone who directed "Snowden," a biopic on the world-famous US whistleblower, said Tuesday.

Structure of US Voting System 'More Resilient' to Possible Cyberattacks
MOSCOW (Sputnik) — In July, US media alleged that investigators blamed Russia-linked hackers for a breach of the Democratic National Committee (DNC) email system. The DNC leak revealed that party officials had colluded to undermine the campaign of US Senator Bernie Sanders in order to support his party rival Hillary Clinton’s campaign. Representatives of the US establishment, including Clinton, also alleged that Moscow's involvement in the cyberattack was possible.

Stone said he had been hearing such claims "all his life" and they are "stupid" and "nothing new." According to the film director, while making the "Snowden" movie, he has learned that it takes a "a lot of time to figure out who did what to who, sometimes months," when it comes to cyberwarfare.

"It is easier to point to the enemy as the instigator of the leak," Stone said.

Stone said that the breach, which had resulted in resignation of several DNC staff members, concealed the fact that the DNC officials had taken measures to hamper Sanders' nomination in "supposedly democratic society,"

He added that the fact that an insider could have been behind the leak was also possible.

In July, Kremlin spokesman Dmitry Peskov dismissed allegations of Russian involvement in the DNC cyberattack as "absurd," saying it was an attempt to "manically use" the issue of Russia in the US electoral campaign.