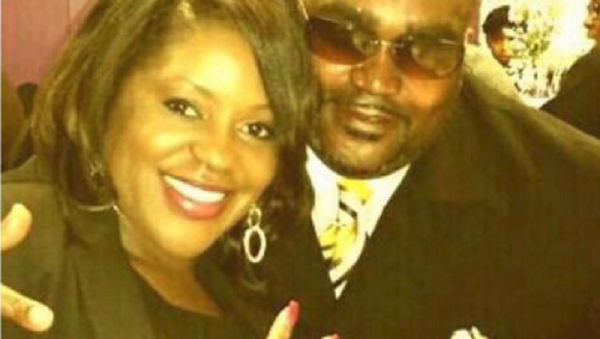 © Facebook/Etan Thomas
Subscribe
The Tulsa Police Department has released four videos of the fatal shooting of a 40-year-old black man after his car had stalled in the middle of the road.

A pastor who watched the video the day before it was released asserted that the man’s "hands were in the air,” prior to the footage being made public on Monday afternoon.

Terence Crutcher, 40, was black and shot by a white police officer on Friday, after an officer stopped to investigate his stalled vehicle in the road. Police claim that Crutcher approached the police vehicle, but that he ignored police orders to put up his hands. He was unarmed.

Crutcher was reportedly shot by Officer Betty Shelby as Officer Tyler Turnbough tased him. The incident was caught on dashcams from each officer as well as the police department’s helicopter camera.

Oklahoma Police Leave Paralyzed Veteran to Die in Jail Cell for Five Days
His family has told the press that they are heartbroken and that Crutcher had been leaving a class at the community college when his car broke down.

Rodney Goss, a pastor at the Morning Star Baptist Church in Tulsa, had viewed the footage on Sunday with the family, as it was released early to community leaders and his relatives.

"His hands were in the air from all views," Goss told the Tulsa World, adding that he was appalled by what he saw. He explained that it appeared that he was seeking help from the officers.

“It was not apparent at any angle from any point that he lunged, came toward, aggressively attacked, or made any sudden movements that would have been considered a threat or life-threatening toward the officer,” Goss said.

In the audio from the police helicopter, a man can be clearly heard stating that Crutcher had his hands up.

“It wasn’t a matter of minutes, it was a matter of moments, where as quick as the officer released the Taser from his hand, Terence was falling to the ground having already been shot,” he said.

Police Sergeant Shane Tuell had set up the Sunday viewing so that the family would not be blindsided by it being in the news.

"We wanted them to see it before it was released so they wouldn't be blindsided by it," Tuell told ABC. "We wanted to be able to have that intimate time with them, with their attorney, to see if they had any questions or concerns.”

"With something of this magnitude, we're trying an approach that we believe is necessary to further that transparency."

The Tulsa Police Chief has also asked the Department of Justice to investigate the incident.

“If he was simply seeking help, then why was there such an aggressive approach to him as if he had done something wrong?” Goss said. “We don’t have all the nuances and all the details, but to this point, there appears to be no negative connotations that would have warranted any aggression on the behalf of the police officers.”

Approximately a dozen protesters had gathered outside the Tulsa courthouse, as the police chief and community leaders called for a calm response to the release.