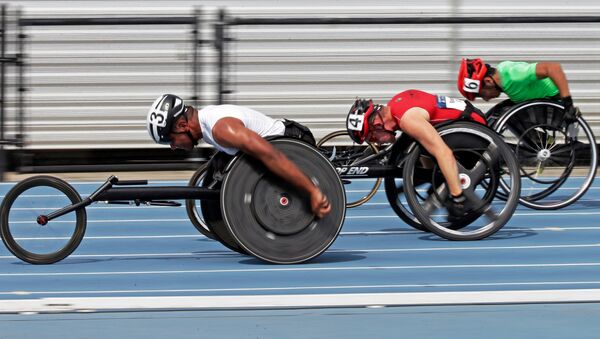 MOSCOW (Sputnik) — Famous Brazilian musicians performed in front of the guests and athletes, followed by an immense fireworks display.

"The impossible happened. Brazilians never give up,” Carlos Nuzman, the president of the Rio 2016 organizing committee, said in a speech as quoted by the BBC. He also wished good luck to Tokyo, who will be the next city to host the games.

President of the International Paralympic Committee Philip Craven passed the Paralympic flag to the governor of Tokyo.

Russia Launches ‘Alternative Paralympics’ Following Team’s Blanket Ban From Rio
The ceremony also paid tribute with a minute of silence to Iranian cyclist Bahman Golbarnezhad, who died on Saturday from a cardiac arrest during a road race.

China won the most medals in this year’s game, with a total 239, out of which 107 were gold. It is then followed by the United Kingdom and Ukraine, with 64 and 41 medals respectively.

This year, the Russian national team did not take part in the games. Russia was suspended from the Rio Paralympics by the International Paralympic Committee (IPC) in early August. The IPC cited Russia's alleged failure to comply with the the organization’s anti-doping rules as the reason behind its decision.