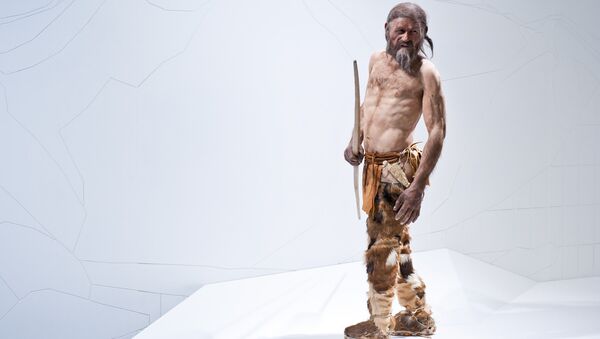 Oetzi, an ancient mummy, continues to reveal secrets, 25 years after its discovery in the Alps.

Ancient Cave Bears Went Vegan and Died Off as a Result
A mummy of a man was discovered in 1991 by tourists in the Alps. Initially, the 5,300-year-old corpse, nicknamed Oetzi, was thought to be a murder victim.

The man, severely injured by an arrow shot from behind and injured by a blow to the back of the head, has been the source of several groundbreaking discoveries and, after 25 years of study, continues to reveal new information.

Scientists have now discovered a bacteria in his stomach, called H. Pylori, which is found in some 50 percent of modern humans. Usually regarded as a pathogen that can lead to stomach ulcers or even cancer, this bacteria in Oetzi's time could have helped the icemen to digest raw meat, scientists say.

Albert Zink, director at the EURAC Institute for Mummies and the Iceman, in the city of Bolzano, believes that studying the microorganism can provide insight for modern cancer treatment and prevention.

"Clinicians are very interested (in our research)," he told reporters.

Thanks to Oetzi, scientists have discovered that the technique of acupuncture, indicated by 61 tattoos located at specific points on the corpse, existed in central Europe around 3,000 BC, some 2,000 earlier than previously believed.

Today in 1991, Ötzi, a well-preserved mummy of a man from about 3300 BC, was discovered by two German tourists pic.twitter.com/YclGb8yQAK

The remains included a full set of leggings and a coat of goat hide, a hat of bear fur, shoes of tree bast netting, hay, and deer skin, and even a backpack and what is thought to be a cape. Oetzi also had an axe with a copper blade, something that phys.org describes as an "iPhone 7 of his day."

World
Mouse Mummy Helps to Uncover the Secret of the Ancient Egyptian Cancer
Other equipment included a dagger, a quiver of arrows, a pencil-sized tool to sharpen them, and two types of fungus, one presumably used for lighting fires and another for medicinal purposes.

Thanks to the cold mountain climate, his corpse stayed intact.

Contemporary genetics and other studies have allowed scientists to determine that Oetzi had brown eyes, a beard, lived in what is now northern Italy, just south of the Alps, and was related to a small ethnic group that is today found in Corsica and Sardinia.

The remains of the mummy can be seen in the Museum of Archaeology in Bolzano, located in Italy's northernmost province of South Tyrol.