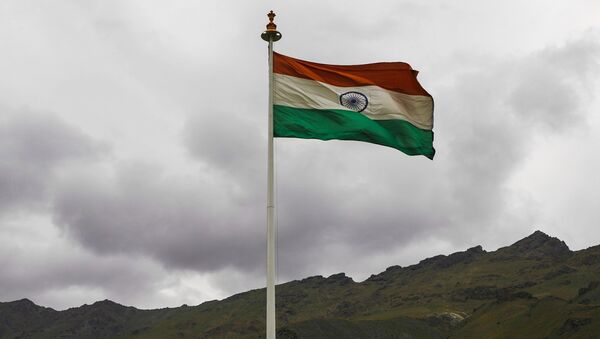 © Flickr / sandeepachetan
Subscribe
International
India
Africa
India has been in the midst of a slump in exports for almost two years except for a quick burst of positive growth in June this year. This led to massive job cuts across sectors. The situation is expected to be worse because major manufacturing units are replacing the human workforce with robots.

Asia
#WorkersStrikeBack: 180 Million Indian Workers Strike for Higher Minimum Wage
New Delhi — Despite claiming to be one of the fastest growing nations in the world, every day 389 people are losing their jobs in India. According to a study conducted by ASSOCHAM-Thought Arbitrage, around 70,000 workers were let go in the second quarter of 2015.

Livelihood opportunities  in export units particularly shrank during this period. While the slowdown in global demand compelled some employers to conduct layoffs, the reduction was facilitated by the increasing contextualization of jobs as well as automation in some sectors.

“….There is a concern because most of the export-oriented units in the economy are dependent on contractual workers. So, a massive reduction in contractual jobs in these sectors might as well imply deteriorating conditions in the export units,” the paper said.

Given the subdued global economic scenario, rejuvenating the economy by exporting or utilizing external trade remains a difficult proposition, if not immediately impossible.

“Therefore, the Indian economy has to look internally at the domestic economy to restart the Indian growth story. That is only possible if there is extra demand generation within the economy. Employment generation is the most important factor to generate such extra demand. More employment means extra purchasing power in the hands of the people, and subsequently more demand generated for all kinds of commodities and services,” ASSOCHAM Secretary General D S Rawat said.

Meanwhile, the growing trend among companies to employ artificial intelligence instead of human beings has triggered fear among millions of job seekers. Just last week, one of India’s biggest employers Raymond announced it was laying off 10,000 workers and replacing them with robots in its textile business.

Raymond CEO Sanjay Behl said, “One robot could replace 100 workers. It is already happening in China, it will also happen in India.”

It is estimated that India’s IT industry will lose 640,000 jobs in the next five years due to mass automation.
Every year, an estimated 1.3 million job seekers are added in India. However, according to official statistics, in the last year, only about 1,25,000  people were employed in the organized sector.