German People 'Fed Up' With the Decisions of Ruling Coalition 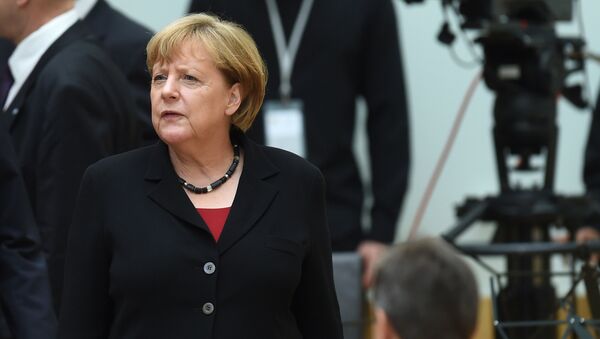 Right-wing Alternative for Germany received 14.2% of the vote at the regional election in Berlin, almost catching up with Merkel's ruling CDU party which achieved its worst result in its history - namely 17.6%.

AfD Hopeful to Become Germany's Second Strongest Party After General Elections
In an interview with Sputnik, AfD member Georg Pazderski revealed the reasons behind the recent success of his party.

Some experts believe that many German voters support AfD because they want to express their protest against the policies of the government. However, the politician believes that this is not the case.

"We are being elected because of what we have offered. We've identified a clear family policy. We've focused on domestic security. In addition, we want to do something in the field of housing construction. A further important topic for us is education policy, because in this area Berlin is doing far worse than any other federal state. These issues are of interest to many voters because they want changes in these areas," Pazderski stressed.

According to the politician, the ruling coalition doesn't act in the interests of the German citizens and is therefore rapidly losing their support.

"Neither the SPD, nor the CDU want to understand that citizens are fed up with the decisions that in the long run will change their city without their involvement. These elections have shown that citizens want to be asked," Pazderski stressed.

More AfD Seats in State Parliaments Could Toughen German Migration Policy
"We want to work constructively and contribute to the realization of the people's will and to the future of Berlin. But if the government continues its policy, then we won't participate in it. In this case, we will be a strong opposition," Pazderski concluded.

On Sunday, Berliners elected 149 members to the state parliament. Merkel's CDU suffered its worst ever results in the German capital, securing only 18 percent of votes in comparison with 23.3 percent five years ago. Another party of the ruling coalition — the Social Democratic Party (SPD) — gained only a slightly better result of 22%.