Au Revoir! France to Get Rid of Plastic Tableware by 2020 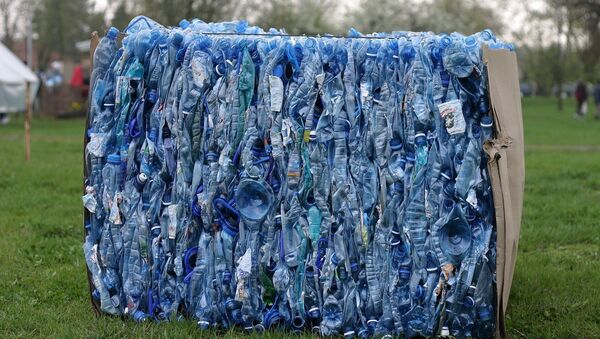 France has introduced a controversial new law that will make it illegal to use non-biodegradable disposable plastic tableware, beginning in 2020.

France Needs Additional Resources to Fight Terrorism - President
France has again set an example of ecological responsibility by showing that it cares enough about the environment to give up some convenience. Having outlawed plastic bags in July to reduce the amount of garbage on the planet, the country has now set its sights on non-biodegradable plastic spoons, plates, forks and cups.

Single-use non-biodegradable tableware will be prohibited in the European state beginning less than four years from now — enough time for manufacturers to adjust. The new law, initiated by France's green EELV party, will allow single-use cutlery if it is made from biologically-sourced materials and quickly and naturally decompose after use.

Not everybody in France has welcomed the noble environmental motives. Environment minister Segolene Royal earlier argued that the measure was "antisocial" as poor families cannot afford what he suggested was expensive cutlery, re-using disposable knives and forks instead.

Thousands Rallying Across France Against Labour Reforms
There have been complaints — primarily from packaging companies naturally — that the ban goes against European Union trade regulations. A packaging company trade group, Pack2Go Europe, intends to take legal action, making the claim that there is not enough evidence that biodegradable materials are safer for the environment.

But the law passed in August, and French citizens and the country's many visitors will soon be consuming their coffee-to-go in carefully-crafted, thermally-sensitive, completely biodegradable cups.