Afghan Teenager Killed in Calais While Trying to Reach UK 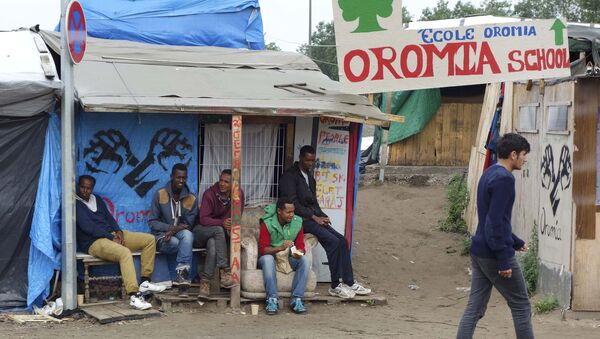 An Afghan teenager was killed in a hit-and-run incident on a road leading to France’s Calais port in a bid to reach the United Kingdom, local media reported.

MOSCOW (Sputnik) – According to The Guardian newspaper’s Sunday report, the boy, 14, was trying to climb the roof of a truck on Friday morning, with witnesses claiming that he was being assisted by another child. He was hit by a car after losing his grip and falling onto the road.

This is the 13th fatality in Calais port this year, the media outlet reported citing local charities.

UN General Assembly Hosts Refugee, Migrant Summit on Monday
According to the newspaper, the boy had family in the United Kingdom, and the progress of his transferal application was so slow that he attempted to cross to the country by jumping on trucks.

The Calais refugee camp is currently home to thousands of migrants who are staying in northern France in the hope of crossing to the United Kingdom.

The camp, also known as "The Jungle" is notorious for its squalid conditions, the numerous attempts of its inhabitants to break into the Channel Tunnel in a desperate bid to reach the United Kingdom and multiple police raids.