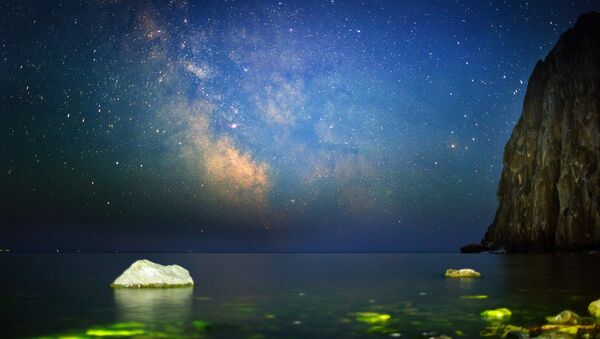 © Sputnik / Vladimir Smirnov
/
Go to the mediabank
Subscribe
International
India
Africa
Nik Pavlov
All materials
Lake Baikal is one of the best-known natural attractions in Siberia, the vast Russian wilderness north of China which many associate with bone-chilling winters and exiled Soviet dissidents. But what do people actually know about the unique lake? Here are some of the facts and myths surrounding Baikal, which is known as the Jewel of Siberia.

The Mystical Legends of the Origin of Lake Baikal
1.    Baikal is the world’s deepest lake. In 2002, a group of scientists measured the lake at over 1.3-million different places to discover its maximum depth: 1,642 meters (5,387 feet).

2.    Continuing the theme of size: Baikal is also the world’s largest lake in terms of the sheer volume of water. In fact, Baikal has 19 percent of all the world’s fresh water reserves. To put this into perspective, Lake Baikal has more water than all of the Great Lakes combined.

3.    Baikal is one of the clearest lakes in the world. During good weather, one can see things that are 40 meters below its surface.

4.    Locals claim the water in Baikal is so clean that one can drink it without fear of getting sick. Unfortunately, if the governments of the surrounding regions, Irkutsk Oblast and the Buryat Republic, fail to figure out how to keep Baikal clean, soon nobody will be able to drink water from the lake without getting sick.

5.    There is a popular belief among locals that one can’t get a hangover in Lake Baikal. (I've tested that, it’s definitely a myth.)

Satka’s Drunken Mountain: Where the Russo-Bashkir Friendship Began
6.    According to a local Buryat legend, there is an unknown lake monster lurking in the lake's depths. Some believe the monster is a giant sturgeon, which has lived to be over a hundred years old.

7.    Lake Baikal is home to a type of freshwater seal, locally known as the nerpa. Today an estimated 100,000 seals live around Lake Baikal. Nerpas are closely related to Arctic ringed seals. That’s why some scholars believe there was once a water passage between Lake Baikal and the Arctic Ocean.

8.    There are oil reserves at the bottom of Lake Baikal. This is bad news for some, as locals fear oil companies may one day start large-scale drilling in Baikal, polluting the unique lake.

9.    Only one river, the Angara, drains out of Baikal, while, 336 rivers and streams flow into the lake.

10.    In 2009, Russian President Vladimir Putin climbed into a mini submarine and explored the deep waters of Lake Baikal. Inspired by Putin’s example, Canadian filmmaker James Cameron, the director of Titanic, also took a submarine voyage into the lake on his birthday.