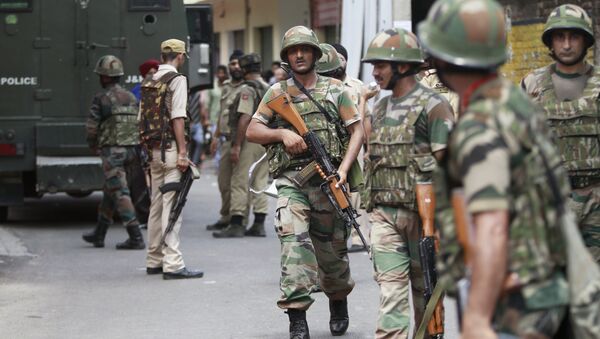 The death toll in the terrorist attack on the army brigade headquarters in Kashmir's Uri has reached 17 people.

NEW DELHI (Sputnik) — Earlier in the day, the death toll stood at three.

"The administrative base had large strength of troops of units turning over after their tour of duty who were stationed in tents/temporary shelters which caught fire, and resulted in heavy casualties. We salute the sacrifice of 17 soldiers who were martyred in the operation," the Indian Army was quoted as saying by the Asian News International.

Indian Interior Minister Postpones Visits to Russia, US After Kashmir Attack
Four terrorists attacked the Army Brigade's headquarters at 5:30 a.m. (24:00 GMT) this morning. The attackers were killed during the gunbattle.