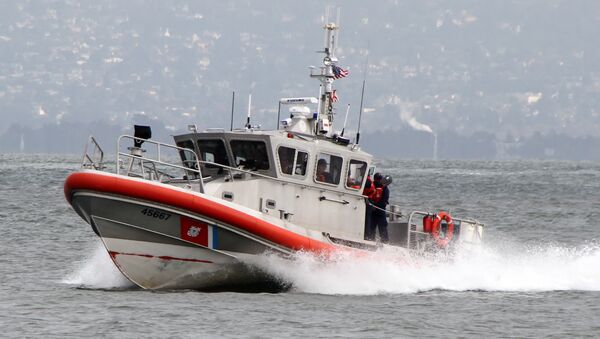 A Florida shipbuilding company has won a contract to continue work on designing nine new patrol boats, or offshore cutters, to guard US domestic waters, the Department of Homeland Security (DHS) said in a press release.

US Coast Guard Sends Aircraft for Search-and-Rescue After Florida Hurricane
WASHINGTON (Sputnik) — The contract includes $110.2 million for detail design of the Offshore Patrol Cutter and options for production of the lead ship and up to eight follow-on cutters, the DHS said.

"The Department of Homeland Security and the US Coast Guard has announced that Eastern Shipbuilding Group, Inc., of Panama City, Florida has been awarded a contract to continue development of the Offshore Patrol Cutter," the release stated on Friday.

The vessels will be used on missions ranging from combating transnational organized criminal networks off Central America to patrolling in the Arctic Ocean, Zukunft explained.

The first of the new vessels is expected to be delivered in fiscal year 2021, according to the release.