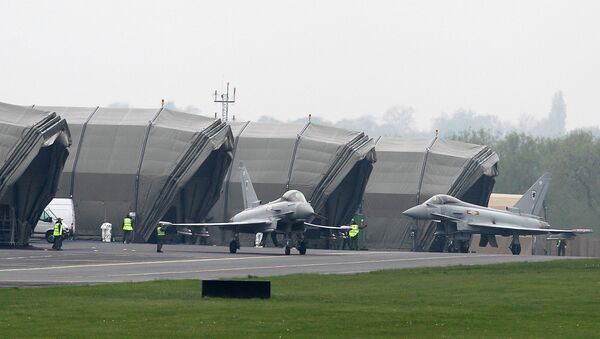 General Richard Barrons, former head of Britain's Joint Forces Command, warned the British Defense Ministry before he stepped down in April that the country would not be able to deter Russian aggression in the event of a direct confrontation.

General Richard Barrons admitted that the British Army would be overwhelmed by a Russian air campaign, the Financial Times reported Saturday. "Neither the UK homeland nor a deployed force — let alone both concurrently — could be protected from a concerted Russian air effort," he wrote in his 10 page private memorandum to Michael Fallon, defense minister.

He said, "There is no top-to-bottom command and control mechanism, preparation or training in place for the UK armed forces [to defend home territory] . . . let alone to do so with Nato."

UK has been using military as a foreign policy tool at the expense of insurance policy. "So far there is a lot of talk about deterrence across Nato but what really matters is whether it is credible, certainly as far as Russia is concerned," Barrons said.

UK Army Admits Russian Weapons More Powerful Than British Equivalents
Among British army's other weak points are military equipment that they cannot afford to use fully or repair in case of damage, lack of trained manpower, dependence on US forces in terms of protection and maintenance of navy ships and RAF planes. "There is a sense that modern conflict is ordained to be only as small and as short term as we want to afford — and that is absurd," he resented.

Earlier this year, a leaked report seen by the Times, revealed that the UK and NATO were "struggling to catch up" with Russia in terms of modern warfare.

Recently the Ministry of Defense has set up a plan to ensure the forces "have the most effective and innovative capability available." The military budget is also set to be increased.

All in all, according to Barrons, the main challenge for the Defense Ministry is not the money, but strategic oversight and planning.