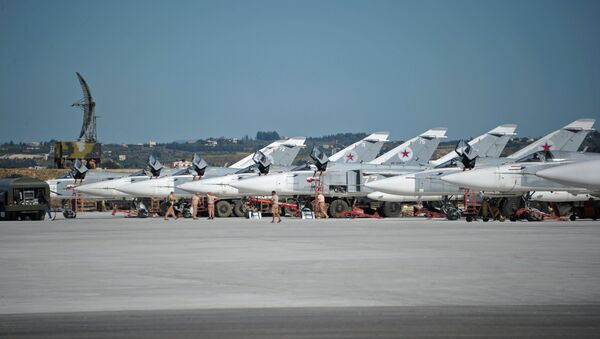 © Sputnik / Dmitriy Vinogradov
/
Go to the photo bank
Subscribe
Having failed to resolve the devastating Syrian conflict by supporting radical armed groups intent on removing Assad, the United States should now disengage itself from the crisis and leave Russia in charge, foreign policy analyst Enea Gjoza wrote for the National Interest.

"The choice is not a pleasant one. However, it is the outcome that best safeguards US interests within the harsh constraints of one of the world's ugliest conflicts," Gjoza, a fellow at Defense Priorities and Master in Public Policy at the Harvard Kennedy School of Government, asserted.

His logic is simple. The United States has employed a flawed strategy to resolve the crisis in Syria, a country that does not constitute one of the US' core national interests. Instead of bringing peace to an embattled nation, Washington's approach has been instrumental in protracting violence since it is based on an inherent flaw.

"From the beginning, our policy in Syria has suffered from an inherent contradiction. The United States insists on Assad's ouster as a condition of peace, but the groups that have proven most effective against his forces are hardline Islamic militias, which are themselves anti-American," he explained.

The United States "has ignored this fact" providing support to what policymakers in Washington refer to as "moderate" opposition in a bid to create a force capable of tackling radical groups. This strategy resulted in a major embarrassment for the Pentagon when the US Department of Defense had to admit that a $500 million program produced only "four or five" Syrian fighters ready to participate in anti-Daesh operations.

'Moderate' Rebels Force US Commandos to Run From Syrian Town
In addition, "by continuing to arm and support the opposition, despite clear signs of the regime's resilience, the United States ultimately helped transform the initial uprising into a bloody stalemate that destroyed the country and produced millions of refugees," the analyst noted.

For Gjoza, a large-scale military intervention into Syria is not an option that Washington should consider. Likewise, maintaining the existing status quo is also not a good idea since it will lock the country in an endless tug of war.

This is why Gjoza has called on the White House to leave the resolution of the Syrian crisis to Russia.

Moscow, he said, "has demonstrated an ironclad commitment to the survival of its client state. Instead of continuing on the current path, the United States should seize the opportunity to let Russia take up the Syrian millstone." 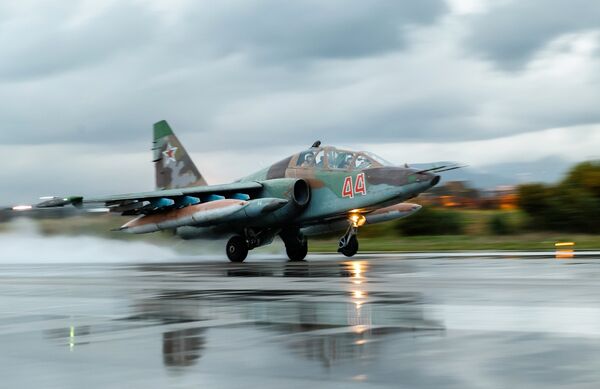 The analyst singled out three benefits of this decision for the US.

Double-Standard Approach: US Crying Wolf Over 'Foreign Provocations'
Firstly, Washington will receive an opportunity to disentangle itself from a conflict it cannot win. This could well be a smart decision considering that the US military is still active in Afghanistan and Iraq.

"Second, it would force a major rival (Russia) to own the burden of restoring order to a ruined nation and bear the cost of failure," he said. "Finally, the Assad government, which is hostile to Islamists and has repeatedly vowed to re-conquer the country, would have to do the fighting and dying necessary to defeat [Daesh] on the ground."