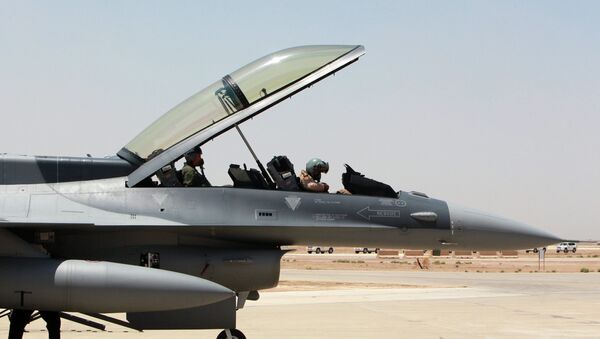 The Russian Defense Ministry confirmed that Syrian army positions were attacked by two F-16 fighter jets and two A-10 ground attack aircraft of the US-led coalition.

Damascus Accuses US-Led Coalition of Bombing Syrian Army in Deir Ez-Zor
As a result of the attack, 80 Syrian soldiers were killed and some 100 others were injured, according to information received from the Syrian command in Deir ez-Zor, he said.

"If this airstrike was carried out due to an error in the coordinates of the targetm it is a direct consequence of US side's unwillingless to coordinate its actions against terrorist groups with Russia," the Russian Defense Ministry spokesman emphasized.

Konashenkov said that fighting with terrorists has been taking place near the Deir ez-Zor airport.

The news comes amid a ceasefire in Syria agreed by Russian Foreign Minister Sergey Lavrov and US Secretary of State John Kerry on September 9. The ceasefire stipulated by the US-Russia agreement came into force on September 12.
Newsfeed
0
Access to the chat has been blocked for violating the rules . You will be able to participate again through:∞. If you do not agree with the blocking, please use the feedback form
The discussion is closed. You can participate in the discussion within 24 hours after the publication of the article.
To participate in the discussion
log in or register
loader
Chats
Заголовок открываемого материала