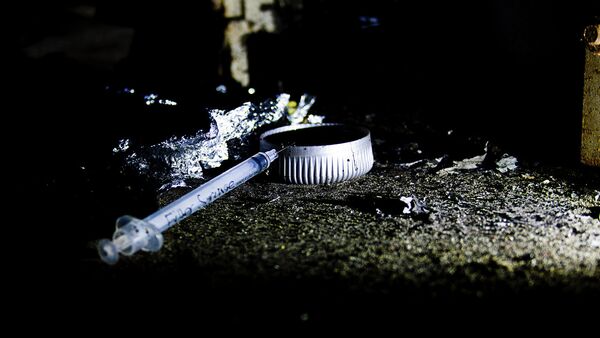 © Flickr / James Gardner
Subscribe
International
India
Africa
A task force focused on combating Seattle’s heroin problem has recommended that the city set up safe places for users to take the illegal drugs, under the supervision of medical professionals.

Middle-Class Americans Hooked on Heroin in Record Numbers
The proposal, which would be the first of its kind in the nation, is supported by mayor Ed Murray, as long as it can be done “in a way that reduces the negative impacts” on communities, the Seattle Times reports.

“If it’s a strategy that saves lives … then regardless of the political discomfort I think it is something we have to move forward,” King County executive Dow Constantine said told reporters on Thursday.

The 32-member task force, made up of health providers, law enforcement, social-service agencies and others, is calling for two locations to be identified, one in Seattle and one outside the city.

“One of the driving ideas behind this is creating a safe space where we can get people the medical, prevention and treatment services already provided elsewhere,” Brad Finegood, committee co-chairman and assistant director of the King County Behavioral Health and Recovery Division told the Times.

Heroin, Opioid Antidote Naloxone Become Available in US Without Prescription
The task force is also calling for the expansion of existing drug treatment programs as well as easier public access to Naloxone, a drug that can save the life of a person overdosing on heroin.

Seattle’s northern neighbor Vancouver has had similar “community health-engagement locations” for the past 13 years, and there has not been a single recorded user overdose at the clinics.

“I think it’s worth remembering that at one time needle exchanges faced similar challenges, and in the years since we’ve found that they work not only from a public-health standpoint but as cost-savings for law enforcement and others,” County Health Officer Dr. Jeff Duchin, who is on the task force, said.