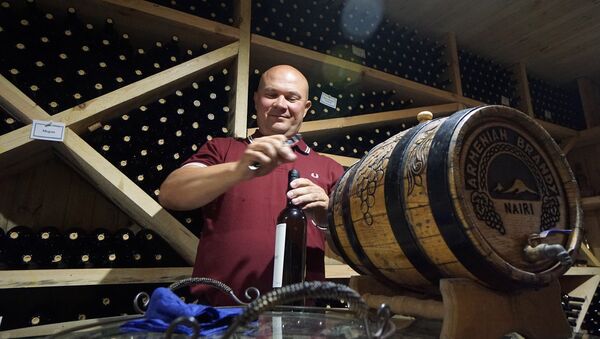 According to figures from Russia's Federal and Regional Alcohol Markets Research Center, Russia's wine production increased by one quarter in 2015, and is expected to show similarly high growth this year.

The increase comes despite imported wine not being subject to Russia's food import embargo. This was put in place in August 2014 in response to a series of sanctions against several major Russian companies imposed by the US, the EU and a handful of their allies following Crimea's decision to join the Russian Federation in March 2014 in the aftermath of the Maidan coup.

Russian counter-sanctions affect the import of certain food products, such as cheese and meat products, but not wine. The original decree signed by President Vladimir Putin declared the embargo would last for one year, but it has since been prolonged in step with EU/US sanctions.

A Rotten Policy: Sour Polish Fruit Growers Protest Anti-Russian Sanctions
Speaking to Vedomosti, wine critic Vladimir Tsapelik said that the sanctions led Russians to be more aware of the origin of their food, and to try more domestic produce even when they don't have to.

Wine is produced in several southern regions of Russia including Crimea, where the winemaking industry is enjoying a renaissance thanks to greater investment; last year 289 million rubles ($4.5 million) was invested in new vineyards there, Rossiyskaya Gazeta reported. 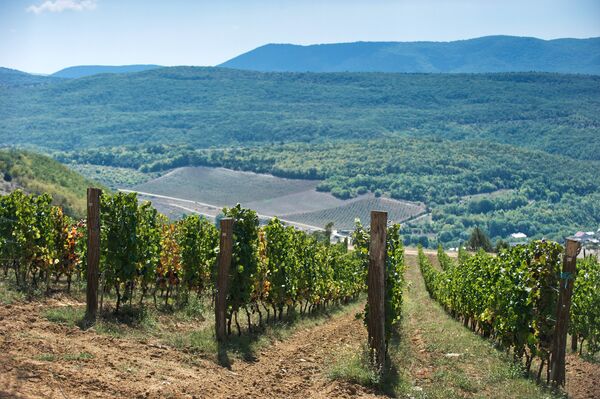 On Monday deputy head of Russia's Federal Tourism agency Roman Skoriy told the Russian newspaper Izvestiya that the agency is planning to launch wine-tasting tours for foreign tourists of Crimea, the North Caucasus region, and Krasnodarskiy Kray; 60 percent of Russia's vineyards are located in the latter region.

"We've got good wine and potential. There is, for example, Abrau-Durso and other well-known brands. The next step is to carry out more events to promote it. Then, believe me, a lot of cliches, that Russians don't drink wine and only drink spirits, will change. All it needs is marketing," Skoriy said.