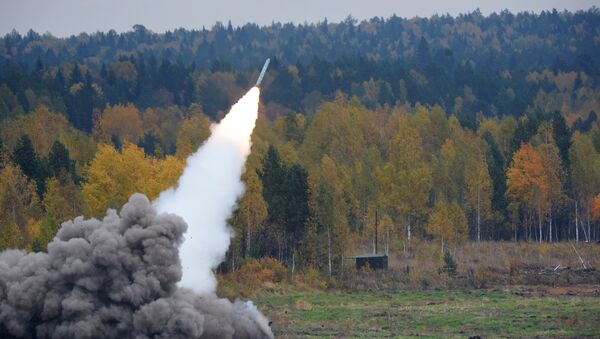 "State trials of the Tornado-S system, which will replace the [BM-30] Smerch multiple rocket launcher, finish this year. Its serial production is scheduled for 2017," Borisov told reporters.

Russian Tornado-S Rocket Systems Deliver Blow That Rivals Nuclear Blast
The advanced heavy launcher will have an extended maximum firing range and will be armed with high-precision rockets, he said.

The improved Tornado-S is being upgraded with the special GLONASS satellite navigation system used in the Smerch missile system and will have guided rocket rounds enabling it to fire out to 72 miles (120 km), the ministry’s artillery spokesman said in 2012.