From Niqabs for Toddlers to Islamist Doll Babies, Salafi Dogma Sells in Germany 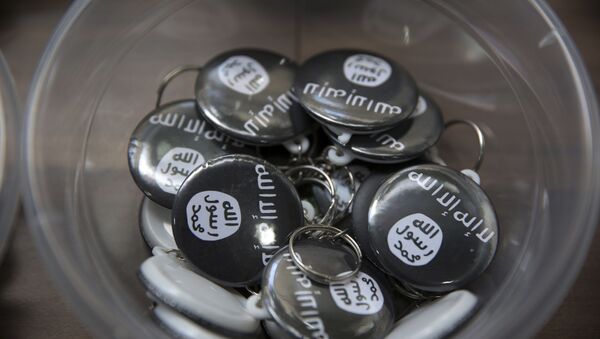 © AP Photo / Emrah Gurel
Subscribe
Stores selling Muslims veils (niqabs) in Germany have been directly linked with local Salafis and radicals; in addition, there is a store in the capital Berlin which openly sells Daesh paraphernalia, Dr. Abdel-Hakim Ourghi, an expert on Islam, told Sputnik.

90,000 Pages of Newly Leaked Intel Reveal True Extent of Daesh Threat in Europe
In an interview with Sputnik, Dr. Abdel-Hakim Ourghi mentioned a number of German cities which he said sell Muslims veils (niqabs) and which have direct ties to local Salafis and radicals. What's more, he said, there is a store in Berlin which openly sells Daesh (ISIS/ISIL/Islamic State) paraphernalia.

Such stores are located all across Germany, including in Frankfurt, Mainz, Wuppertal, Berlin and Bremen. The exact number of stores has yet to be revealed, but it will almost certainly increase in the near future, according to Ourghi.

He said that these stores sell not only clothes designed to completely cover women's faces and bodies, but also special clothing for men and boys which symbolizes membership in the Salafi community.

Qurghi underscored that the purpose of opening such stores is not only aimed at gaining economic benefits. 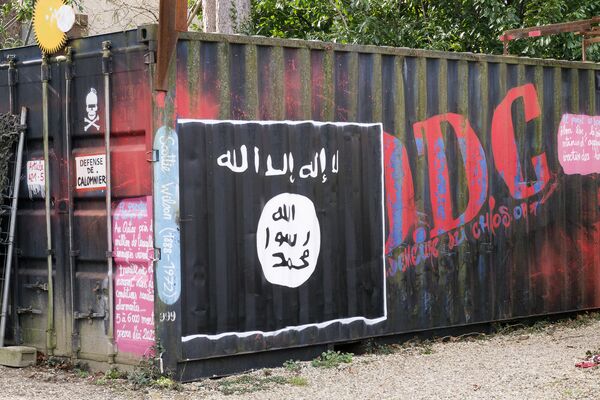 He said that "if you look closely, it becomes clear that an Islamist-Salafist propaganda structure stands behind all of this given that in these stores they sell goods with extremist symbols, which is expressed in certain relevant inscriptions and colors."

"One of these stores is located on Flughafenstrasse Street in Berlin's Neukolln district, where they sell, for example, a black colored ring with Daesh symbols. In other words, we are witnessing the promotion of Islamic extremism," Qurghi said.

Notably, the store, which is located near a local mosque, is known to be a meeting point for Salafists, he said, adding that the Salafist network's goal is to establish closer ties between the Salaphis and re-Islamize young Muslims who are already integrated into German society. Additionally, he claims this network has been linked to the Salafi extremist community.

"The owner of a similar store in Frankfurt is the daughter of a Salafi preacher from Morocco. We are concerned about the fact that Germany is seeing the beginning of the popularization of a Salafi culture of consumption," Qurghi said.

He also drew attention to the fact that these stores sell niqabs for two-year old girls, something that he said can be seen as political and Salafi methods to manipulate children.

According to him, such an approach is competing with Western values and accepted standards for the socialization of children in Germany, helping to create a so-called "parallel society."

"We cannot generalize by claiming that all Muslims who wear clothing that hides the face and entire body are extremists. But in any case, these stores are a new phenomenon in Germany," he said adding that these stores are already selling niqab-clad dolls.

Qurghi added that the German government should keep a watchful eye on these stores, which he said help establish links between Muslims living in Germany and teach them Salafism.

Military Defeats in Middle East Prompt Daesh to Focus on Europe
Meanwhile, German security agencies have estimate that thousands of EU-born Islamist militants may be on their way home soon after fighting intensified in Syria and Iraq, German media reports said.

"The return of jihadists presents a threat to security," German criminal police chief Holger Muench said. "The majority are extremely radicalized, they have military training and are battle-hardened."

German Interior Minister Thomas de Maiziere said in an interview with the newspaper Bild last week that over 500 potential Islamist attackers were estimated to be living in Germany, and cautioned about the threat emerging from small strike groups and lone-wolf terrorists.