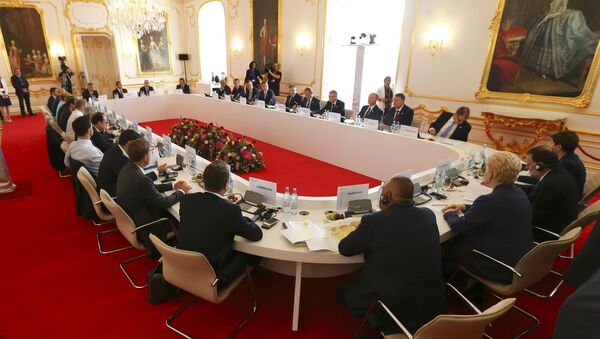 BRATISLAVA (Sputnik) – The European leaders are expected to elaborate a "road map", designed to boost the competitive ability and security of the European Union's economy, at the informal Bratislava summit, Slovakian Foreign Minister Miroslav Lajcak said on Friday.

"I expect such issues as European economic security and competitiveness, bridging communication gap [between the EU institutions and citizens] and, possibly, the bloc’s role as a global actor to be introduced by the end of the summit," Lajcak said ahead of the summit in reply to a question on EU priorities that the leaders are to discuss.

The leaders of 27 EU member states are meeting on Friday in the Slovakian capital of Bratislava for the informal summit to push forward reforms within the bloc regarding the protection of external borders, the fight against terrorism and various economic and social issues. The summit will be the first EU leaders' meeting without the United Kingdom in 43 years following Britain's decision to leave the bloc.