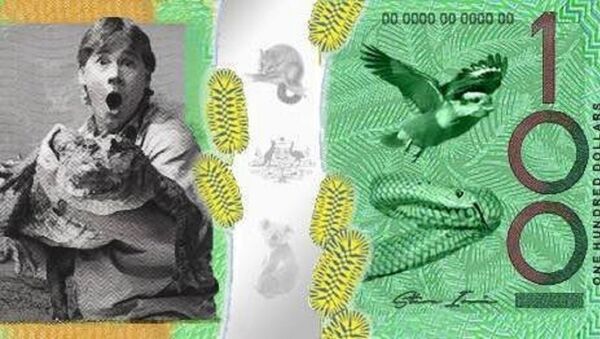 © Kyle Ryan/Change.org
Subscribe
An online petition to put the late TV star on Australian currency has collected nearly 25,000 signatures in just one week.

Thousands Petition Rapper Snoop Dogg to Take on ‘Planet Earth’
Irwin was killed on September 4, 2006, after he was stabbed in the chest hundreds of times by the barb of a stingray. He remains massively popular even a decade after his death.

"It's about time we paid our respects to the all time greatest Australian bloke, Steve Irwin. Let's make a change for something in the history of our country," the petition states. "With a list a mile long of all the good Steve had accomplished in our world, let's show our appreciation to a great, true blue Australian by putting Stephen 'Steve' Irwin on our country's currency."

Irwin was not only a passionate conservationist, wildlife expert, and television regular, he and his wife also owned and operated the Australia Zoo, founded by his parents.

Irwin was honored on a commemorative gold dollar coin in 2009, when the Australian National Mint issued the piece featuring his face on one side. Petition founder Kyle Ryan, and over 24,000 others, believe that he deserves immortalization on the country’s circulating paper currency.

"The Royal Australian Mint prides itself on commemorating significant events and inspirational Australian icons through the art of minting coins,” he said.

Ryan isn’t aiming for another coin however, and has come up with designs featuring Irwin on the front of the 100 dollar note.